Don’t know how to toggle your helmet in Diablo Immortal? Diablo III was the first Diablo game to introduce various features that can change the appearance of your armour and weapons without changing their actual stats and effects. In Diablo Immortal, cosmetic items and sets are some of the ways for the game to be monetised. But, players can’t seem to find one popular transmog feature – to remove their helmets. If you are not sure how to hide your headgear in Diablo Immortal, here’s what we know about it. 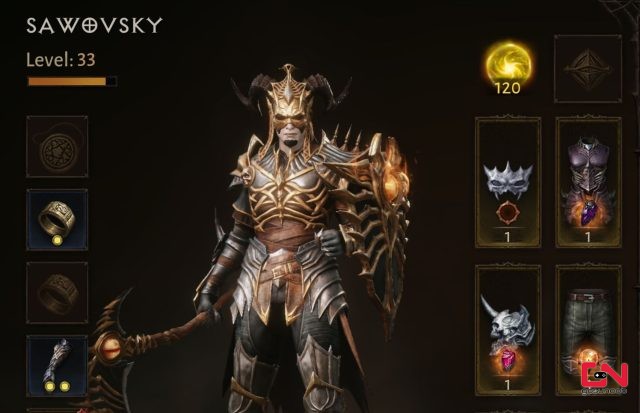 How to Hide Helmet in Diablo Immortal

So, is it possible to disable the helm visual to show your character’s face? The short and a bit disappointing answer is no, you can’t hide your headgear in Diablo Immortal. This is rather unfortunate as the game features an extensive array of options to customize your character’s face. You can change the bone structure of your forehead, cheekbones, jaw, and so on. You can choose various skin tones, beards, hairstyles, tattoos, makeup, etc. And it seems that all that is for nothing, as your avatar will have a default class picture, while in the game almost 100% of the time you’ll wear a headgear.

Many modern RPG titles allow players to hide their headgear for cosmetic purposes, this includes Lost Ark, New World, and Elden Ring. Thus, Diablo fans were disappointed to see that the feature is absent in Diablo Immortal and are asking developers to add the option to hide their helms. We are not sure what are the reasons behind this decision. Especially given the fact that the developers have added a rich face-customisation system. The only explanation we can think of is purchasable cosmetic items. Being able to show your face would definitely make cosmetic headgear less attractive, resulting in less profit for the Blizzard.

Funnily enough, currently, the only way to show your face while wearing a helmet is via a bug. Crusader players are massively reporting about a glitch which unintentionally hides their helms even if they want it to be visible. Though, Blizzard will probably fix this bug soon, and after that, we’ll have to wait for them to implement the option to hide headgear in Diablo Immortal.