Is there an option to zoom out of your character in Diablo Immortal? The latest Diablo game is now available for both mobile devices and PC. And while Diablo fans were delighted to learn that they will be able to play the game on the PC as well, the launch revealed many shortcomings of the current PC version. The port seems clearly rushed, as there are many missing features and things that should work better. One such basic feature is the camera angle. The default camera view is too close to the character. That’s probably because it’s designed with mobile devices in mind. But when playing on a PC, it severely limits the area players can observe. Here’s what we know about changing the camera angle in Diablo Immortal and if you can zoom in and out. 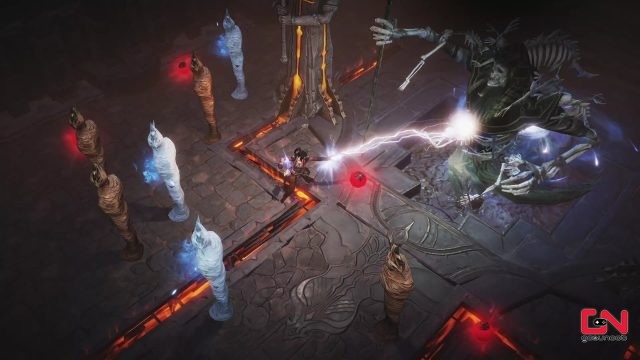 How to Zoom Out Camera in Diablo Immortal?

We will not beat around the bush here, as you will probably not like what you’ll read. At the moment, it is impossible to zoom in or out in Diablo Immortal. The current version of the game doesn’t feature an option to change camera view or angle both on PC and mobile. One of the key characteristics of Diablo games is their isometric perspective, though the level of zoom and camera angle varies in different Diablo games.

Diablo 2 and Diablo 2 Resurrected allow players to easily zoom in and out of your character. Diablo 3 has more limited options in this regard, where you can only zoom in a bit. Unfortunately, the negative trend in this regard continues in Diablo Immortal, where players are completely deprived of options to change the camera angle or zoom in any direction.

For now, there are no ways to zoom out in Diablo Immortal. This is understandably annoying, but if enough players complain about it, Blizzard might introduce this feature. A silver lining here is the fact that the PC version of the game is still officially beta. This implies that developers are still testing things and considering which options should be added.