Despite being light on role-playing elements, Diablo Immortal still hides many secrets and mysteries for players to uncover. One such mystery that baffles many players is a little girl named Lily from Westmarch. She will constantly repeat the line “You Can’t See Me!”, but not much else we know about her. Is there some secret quest or interaction with Lily in Diablo Immortal? Here’s what we know. 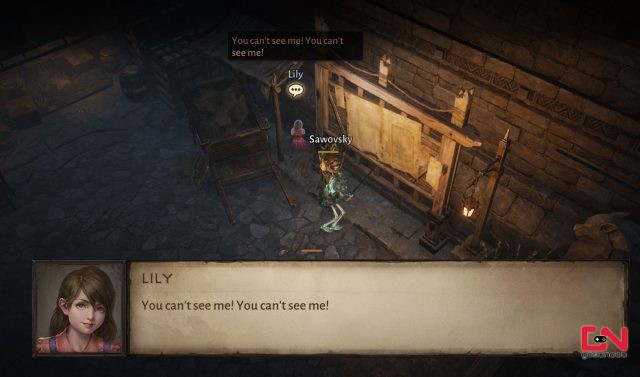 Who is little girl Lily in Diablo Immortal?

Lily the little girl NPC can be found hiding beneath an awning in Westmarch, in a street that leads from the city tavern to the docks. When you pass by her, she’ll yell “You can’t see Me! You can’t see Me!”. And if you try to interact with her (which is possible), she’ll repeat the same line again. What is this all about? To be perfectly honest with you, at the moment no one has discovered any possible secrets behind this NPC character.

Thus, the most likely answer is that these lines are just there to bring some immersion and life to the big city. She is probably scared of some imaginary monster. And, by hiding and looking in the other direction, she is trying to ignore the monster. On the other hand, maybe it has something to do with the Shadow faction? Many other less important NPCs in Westmarch have their lines which they say on repeat. However, you can not interact with many of them. As a result, the fact that you can “talk” with Lily leads many players to the conclusion that there’s indeed some secret here.

Ultimately, if there is a hidden mystery around Lily, it is yet to be solved. If we find something out, or if someone from the community manages to solve the puzzle, we’ll make sure to update the article. For now, that’s all we know about Lily.