Diablo Immortal is out, and fans of this long-running action RPG franchise are ecstatic to have a brand new Diablo game to play. As it was initially designed to be a mobile-only game, its gameplay is a bit different from past Diablo titles. However, it still revolves around the same core gameplay that has always graced the series ever since Diablo 1 came out way back in 1997. Of course, a lot has changed in gaming since then. For example, mounts have become a very common element in many games. Typically, you unlock these when you reach a certain level or complete some sort of quest, and they can greatly change and improve the game. For example, by providing a much faster mode of transport. But are there mounts in Diablo Immortal? That’s what we’re here to find out. 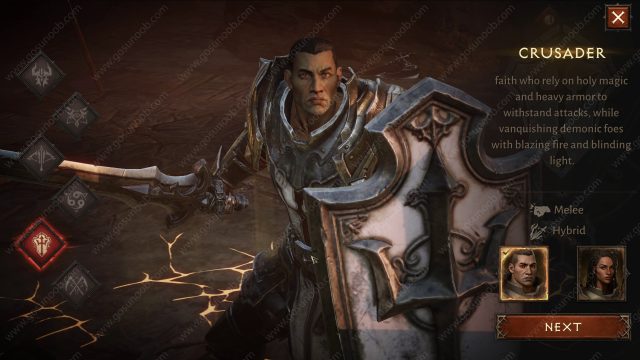 Can You Get Mounts in Diablo Immortal

Well, yes and no. Technically you can, but probably not in the way you think. Unlike most games that prominently feature mounts (such as World of Warcraft, for example), you won’t be able to get a proper mount in Diablo Immortal. The only way you can get a mount is by playing with a Crusader. This holy warrior class has a special ability called Draw and Quarter. Using this will summon a celestial steed that your Crusader character will then mount. After that, the horse – with you on it – will gallop forward, with magical chains appearing behind it that attach themselves to enemies and drag them behind you, dealing damage as you ride.

Though, this ability only lasts for a brief five seconds, so it’s really not the same as having a real mount. But it’s the closest to the real thing that currently exists in Diablo Immortal. Some good news for the upcoming Diablo 4 is that this game will feature actual, proper mounts, and you will also be able to customize them.

NEXT POSTDiablo Immortal Combat Rating, How to Check & Increase