Looking for a complete list of all new legendary class items in the Diablo Immortal July 20 update? You’ve come to the right place! The next big update for Diablo Immortal is here, and it comes with a host of new features. We are getting new cosmetics, a new Helliquary Boss, the Amber Blades Cosmetic Set, a Class Change feature, and more. Of course, there’s also a ton of new class legendary items – thirty-six to be precise. In this guide, we list all of them. 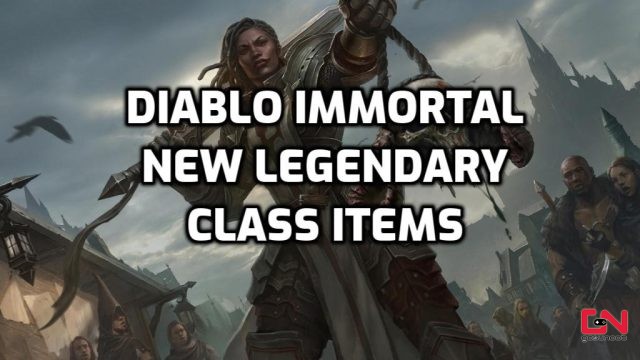 The next big Diablo Immortal update has just dropped. The most exciting feature for many is the ability to change class, which will be free for all players. However, if you ask us, the second most exciting thing is a set of new legendary items!

As Blizzard explains, this new set of legendary items is focused on “providing more opportunities for players to harness damage over time effects”. Each class is receiving six new items in the Diablo Immortal July 20 Update. So, without further ado, let’s check out all new legendary class items in Diablo Immortal: