When is Diablo Immortal Season 2? The next season of the controversial but highly popular action RPG for PC and mobile should be released soon. However, Blizzard has been strangely quiet regarding the new season. In this article, we share everything we know about Diablo Immortal Season 2, including the start date and time, the Season 2 battle pass, new content, and more. 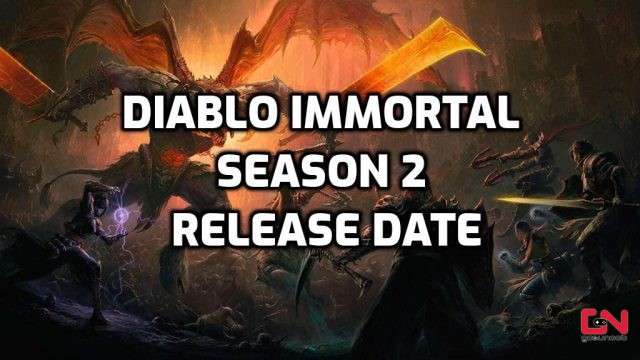 When does Diablo Immortal Season 2 Start?

At the time of writing, there’s still no official release date for the new season of Diablo Immortal. However, based on the current Season 1 battle pass timer, we have an estimation of when will Season 2 kick off. Our expectation is for Season 2 to start on the 7th or 8th of July, depending on your local time zone. According to some estimations, the exact release time should be the 8th of July at midnight CEST, or the 7th of July at 11 pm BST / 6 pm EST / 3 pm PST. Of course, this is not official, and we will update the article as soon as we have an official confirmation from Blizzard.

As we’ve already mentioned, Blizzard has been fairly secretive when it comes to Season 2 content. This might be due to the almost universal criticism of the game’s predatory monetisation system. However, there have been a few official comments regarding the Season 2 battle pass and new content. Diablo community manager PezRadar has left a few comments on the official Diablo Immortal subreddit, leaving a few “general” hints on what can we expect in Season 2.

“Expectations for the next update will focus on the BP as well as some features, fixes and etc,” he wrote. “As we’ve noted in the past, bigger gameplay content features will be free for users so expect more to the story and so forth in the future, for everyone to experience.”

In another, more recent comment, he stated that we can expect an official blog post soon, which will highlight all the new things in Season 2, including “the next Battle Pass season, a new Helliquary boss, and more”. For now, that’s all we know about the new content in Diablo Immortal Season 2. We will make sure to update the article as soon as more information surfaces.

NEXT POSTDislyte Codes July 2022, Free Gold & How to Redeem