Looking for Diablo Immortal Season 4 patch notes? The fourth season of Blizzard’s free-to-play mobile MMOARPG is here, and it comes with a host of new features, improvements, and bug fixes. Of course, there’s a shiny new battle pass to grind through, new limited-time events, a new Helliquary boss, and more. Read on to learn about everything that’s new in the Diablo Immortal Season 4 update. 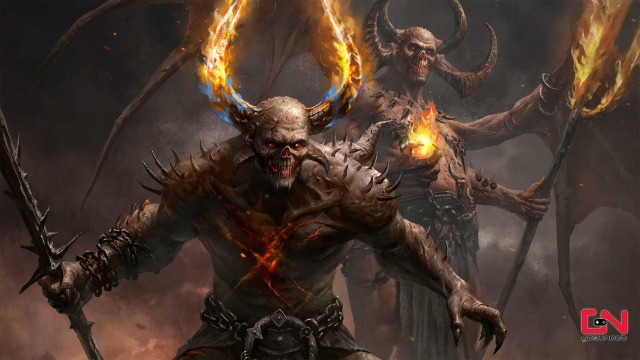 Three months have passed since the launch of Diablo Immortal, and that means it’s a perfect time for Season 4. The fourth season officially kicks off on September 1st at 3 am local server time. Developers at Blizzard have already revealed major elements of the new update, such as the new battle pass, two new limited-time events, and so on. Let’s jump right into details!

For those of you who like grinding for rewards, the new Inner Light battle pass will unlock along with the start of the new season. Themed around the mystical Zakarum, players will be able to achieve 40 ranks worth of challenges and rewards. This includes Legendary Gems, Crests, Hilts, and more. And if you wish to part ways with some of your hard-earned real-life cash, you can purchase premium battle passes. The two options are “The Empowered” and “The Collector’s Empowered”. Both include a host of additional rewards plus premium cosmetic items.

When it comes to the new gameplay content, the new Helliquary boss is definitely among the highlights. And it comes in two! Gishtur and Beledwe are two diabolical demonic threats, and here’s what the official description says about the fourth Helliquary boss:

“Beledwe prefers a flame-infused trident, using it to call down meteor strikes and summon burning orbs that seek you out. Gishtur goes for a more close-quarters approach, sporting a massive, spiked sword and entering a frenzied whirlwind to close any gap. Be cautious, as they’re known to incinerate opponents side-by-side.”

First of the two limited-time events in Diablo Immortal Season 4, set to last from September 14 at 3 am to September 28 at 300 am, server time. Players will get to complete various Scorched Sea tasks and quest, which will earn you a host of rewards and milestones with additional rewards.

The Mists of Cyrangar limited-time event

The second limited-time event of Diablo Immortal Season 4 also hides the first hint for the first “major update” of Diablo Immortal, which is expected to arrive in the coming months. As players complete the event tasks and collect their rewards, an image “shrouded in the mist” will slowly appear. And we will get to see what lies beneath it. The Mists of Cyrangar event is set to last from September 21st at 3 am to September 30th at 3 am server time.

For now, these are all the details about the Diablo Immortal Season 4 update patch notes. When it comes to class balance updates, potential new items, and more, Blizzard is yet to provide information in that regard. However, we will make sure to update the article as soon as that information surfaces.

PREVIOUS POSTThe Last of Us Part I Review – Timeless Masterpiece