It’s a well-known fact that the best games in every generation of consoles come out near the end of their life span. The Last of Us, released in the twilight of the PlayStation 3 era in 2013, proved that point to the maximum extent. The growing cultural significance of that game, praised and beloved by the audience and the critics alike, brought us a remaster and a less than stellar sequel in the past decade. Soon, we’ll even have a Netflix TV show starring Mandalorian/Oberyn Martell actor as Joel Miller.

The Last of Us proved too good for a single remastering effort. The first remaster, optimized for the PlayStation 4, came in 2014; for the second, a more substantial one, we had to wait eight long years. The Last of Us Part I is the total reimagining of the original – this time, the game is rebuilt from the ground up for PlayStation 5. How many games in history were deemed feasible for a second remaster besides GTA V? That fact alone tells us that we are dealing with something exceptional. 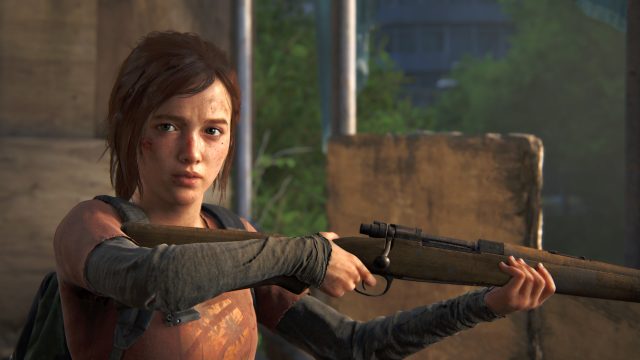 The Last of Us Part I consists of remastered versions of the original game and its short story DLC (Left Behind). The awkward multiplayer is gone for good, but that “loss” is compensated by a ton of additional content. The most significant extras are Permadeath and Speed Run modes, unlocked after the completion of the main story. Permadeath, repeatedly requested by fans, turns the game into a roguelike; speed run mode adds the clock in the interface, and it’s mainly aimed at the streamers and people who would like to challenge themselves.

The long list of significant improvements only begins with those modes. Besides numerous unlockable skins and 3D models, developers implemented dozens of visual filters and plenty of difficulty modifiers, such as unlimited crafting resources and one shoot/one kill mode. There are a metric ton of accessibility options, too, the most prominent being fully narrated scene depictions.

But the crux of the upgrade is the new engine, the same one used for The Last of Us Part II. Remodeling the entire library of assets, adding a new AI, and other improvements took the most time and effort. The game now looks astonishingly beautiful. The greatest effort went into remodeling faces and facial gestures, which are now pretty much lifelike. Apart from visuals, the developer implemented DualSense features such as adaptive triggers and haptic feedback. Those are often subtle, but if you boot the PS4 remaster after the session with this one, you’ll instantly feel the difference. 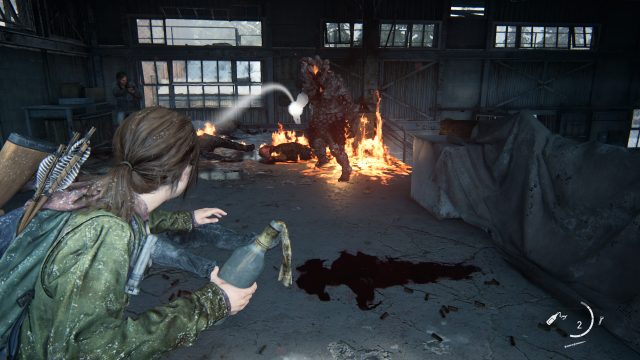 The story of Joel, Ellie and their trek through the post-apocalyptic American wasteland (with a cathartic ending) is the most emotional and engaging game narrative I have ever experienced. The pacing is perfect, the writing sublime, and the actors are pretty much perfect for the role. Naughty Dog, the studio famous for its attention to detail, went above and beyond in its world-building effort. They created an inherently believable apocalypse that stands the scrutiny of serious scientific analysis.

What I’m talking about? I’m talking about the plague that took our world from us. Instead of zombies, humanity succumbed to the fungal spores that currently affect only insects. Some species of the Cordyceps fungus infect the bugs, taking over their neuro-motoric functions and creating mutated automatons. But the infection could jump from animals to people, as demonstrated by COVID-19. And so, Cordyceps happened to us, making infected foes that are infinitely more plausible than classic zombies. TLOU infected have a life cycle with stages of evolution, and since they are basically half-plants, their continued survival in the wild is easily explainable. It may sound silly, but classic non-magical zombie bullshit is pretty off-putting to me. How the hell did they stay mobile without sustenance over the years? But I digress… 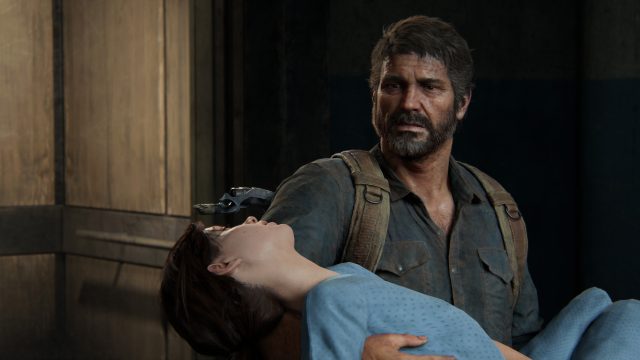 The extraordinary ending is probably the most memorable among the many great gifts this unique game bestows upon the player. Joel, the ad-hoc surrogate father, essentially trades the whole world for Ellie. Controversial? Only if you are not a parent. I talked with many people over the years, and without exception, only the players with the progeny of their own were able to empathically understand and, more importantly, be totally OK with that ending. I’m sure many people will disagree with this, but I’m speaking from experience, trying to avoid assumptions of any kind. For me, personally, anything remotely comparable from the emotional standpoint was the movie Interstellar.

The Last of Us Part I is a timeless masterpiece. The game is a powerful argument in the long-going discussion of whether games are art or just consumable mass entertainment. You should play it for all sorts of reasons, if nothing else, because of its impact on the broader culture. Skeptics would argue that the USA, suffering from the problems usually associated with empires in terminal decline, is not capable of creating any art worth preserving for posterity. The Last of Us Part I is a mighty, unforgettable exception from that sad trend.