What are Soft Caps and Hidden Caps in Diablo Immortal? The latest Diablo game has had the Diablo community divided. On the one hand, many players find Diablo Immortal’s gameplay to be fun and addictive, especially for a mobile game. On the other hand, the game’s monetization system has been heavily criticized since the game’s release. It is considered to be pay-to-win (P2W) and the grinding nature of the game seems designed to incentivize players to spend money. To add to that, the game has hidden limitations which prevent players from fully playing free-to-play. In this guide, we list all Diablo Immortal Soft Caps and Hidden Caps. 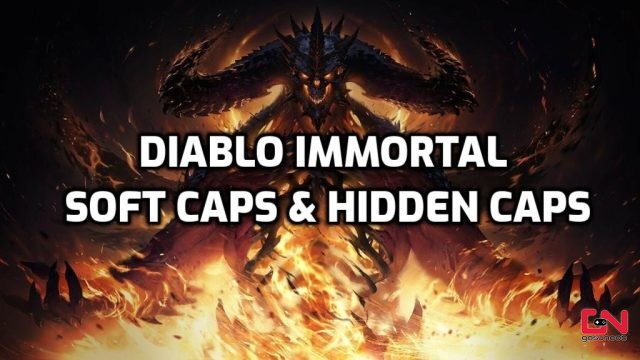 In case you don’t know what are soft caps, they are essentially certain limitations in many RPGs that are “hidden”. Unlike hard caps, which are simply the maximum number of something you can have, soft caps are points at which the value of continuing doing something drastically drops. In RPGs like Elden Ring, these caps are mostly related to the stats of your character. However, in Diablo Immortal they limit the amount of grind a player can do on a daily basis.

Numerous members of the community worked hard to discover these limitations in Diablo Immortal. Most notably, Reddit users Fticon, Itsecurityguy, Echohack, and others. They have compiled a list of soft caps, which we now present to you here. Below, you will find the all currently known caps in Diablo Immortal.