Will Diablo Immortal come to Steam? Around two months prior to the release, Blizzard surprised Diablo fans with news that Diablo Immortal will be released on the PC as well. That was a u-turn from the infamous “do you guys not have phones” statement when the game was announced back in 2018. The game is currently in the beta state when it comes to PC. There are many things yet to be fixed and features to be added. And while highly unlikely, some fans dream about the potential release on Steam as well. Here’s what we know about the possible Diablo Immortal Steam release date. 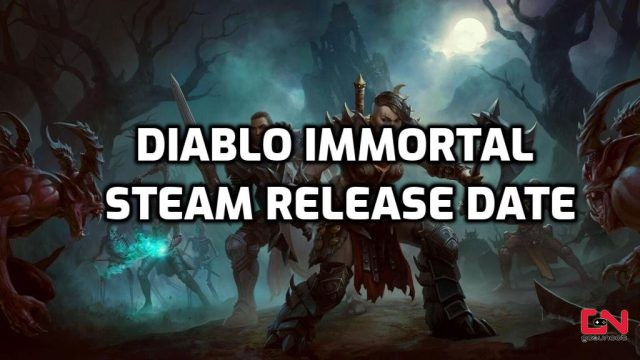 Will Diablo Immortal be on Steam?

So, is Diablo Immortal coming to Steam? No, at the moment, there aren’t any plans for the action MMORPG to be released on Valve’s storefront. Blizzard is one of the very few PC developers that has never released their games on Steam. That’s because their Battle.net launcher has a very long tradition alongside a huge and loyal player base. In fact, Battle.net is significantly older compared to Steam. Thus, it’s highly unlikely that Diablo Immortal will be launched anywhere else on PC and it will most likely stay exclusive to Battle.net.

With that said, let’s talk about hypothetical scenarios. Recent leaks have revealed that the next Call of Duty game, Modern Warfare 2, will most likely mark the return of the franchise to Steam, after several years of being exclusively released on Battle.net for PC. Why is this important? Well, this indicates a change in publishing plans for Activision Blizzard. The company is probably turning away from the strategy for all their games to be Battle.net exclusive.

While this might only be related to the games published by Activision, and not Blizzard, it still shows a change in direction. This gives us a slight hope that we will eventually see Diablo Immortal released on Steam. Add to that the fact that Microsoft bought Activision Blizzard. This deal is set to be completed sometime in 2023. In recent years, Microsoft has had an excellent partnership with Valve. Almost all their recent games are available on Steam as well. And this might translate to Activision Blizzard once the acquisition is completed. So there you have it, if there is even a slight chance for any Blizzard games to be released on Steam, it will probably not happen before the second half of 2023, when Activision Blizzard becomes the property of Microsoft.

NEXT POSTDiablo Immortal Shadow Lottery, How to Join Shadow Faction