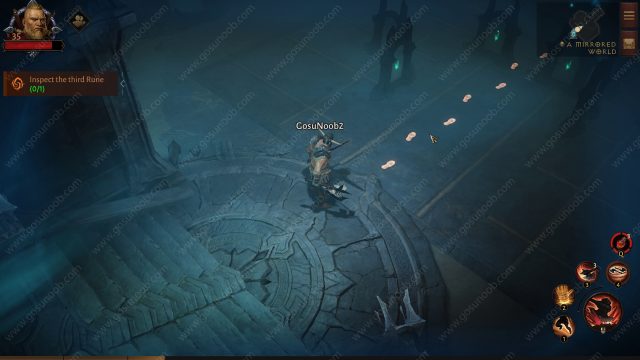 How to Join Shadow Faction in Diablo Immortal

Like we already mentioned, there are two ways you can join the Shadow Faction. Though note that in order to be eligible for either of these, you will need to have completed the entire Bilefen questline and be a minimum of Level 43. We’ll explain how the Shadow Lottery works in the next section, so for now, let’s concentrate on the other method of joining the Shadow Faction. This requires that you get an invite from a player that is already a member of the Shadow Faction.

These existing Shadows can enter the Shadow Lottery every day. But, instead of trying to join this faction, they will get the Akeba’s Signet instead. They can then give this to players that meet the aforementioned prerequisites so that they, too, can join. Each new member that is recruited in this way will net the player that recommended them x20 Hilts and some experience.

Now, let’s see how the Shadow Lottery works. This Lottery occurs several times each day. You can enter it at the following local server times: 12 PM, 6 PM, and 9 PM. Each one lasts for 60 minutes. To do this, go to the Tavern in Westmarch and look for the Mysterious Patron there. Interact with this NPC to enter the Shadow Lottery. Then, wait to see if you have been selected. If you are lucky enough to have been picked, the Mysterious Patron will direct you towards the door behind him. There, you will need to defeat three guardians in order to prove your worth.