Dishonored 2 is out in some regions already, and people are starting to report issues. It’s got the usual problems that come with a big game launch. Some of them are easy to get around with tweaks and little changes, but others are going to make you wait for a patch. In this guide, we’re going to show you a list of errors & problems in Dishonored 2, how to fix or avoid them when possible. 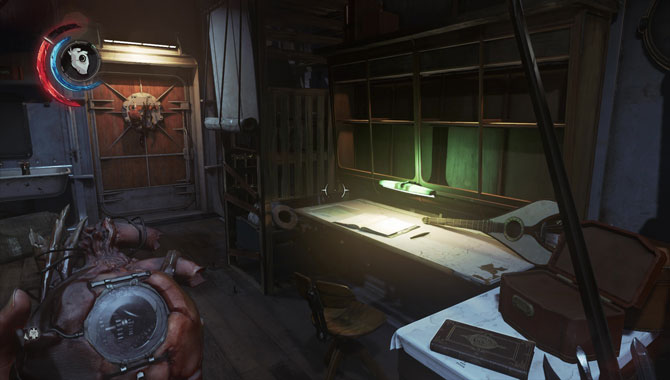 Note: This page is under construction. We’re going to update it with new problems and solutions as they surface.

Both AMD and Nvidia users are experiencing this issue – the loading screen where Corvo/Emily’s faces are split loops forever. Some players reported that pressing alt+enter to go to fullscreen mode solved their problem.

People who’ve already got their hands on the PC version of the game are complaining about poor performance – namely, framerate issues. Lowering the settings seems to help some, but not much – it increases the FPS a little, but not nearly enough. It’s up to the devs to fix this, mostly, but if you’re using and Nvidia card, here’s what you could do: Apart from waiting for help, you could try to close everything you have running in the background. The good news is that most people experience these severe framerate drops only in the throne room, so as soon as you’re out of there, you’ll feel much better. It’s not an actual, proper solution, but it’s better than nothing.

Several people have complained about the game crashing right after the intro logos. There’s no one solution to fix it, but you could try these:

If you’re experiencing input lag, you could go to the settings and turn off mouse smoothness. In most cases, this solves the problem entirely. If turning it off in the game doesn’t work, you’ll have to do it through the ini file. Follow these steps:

Some PC players are having trouble installing the game over Steam. It gets stuck in the “unpacking” phase, reporting estimated finish times from a couple of hours up to a year. If you’re experiencing these, here’s what you need to do:

This is an easy one, and it’s limited to Windows 7 users. When you start the game, a message will pop up, telling you to check whether you have a GPU that supports DirectX 11.1. What you need to do is download the Platform update. Just go to the Microsoft site, download and install the update.

If you’re using a PC with two or more monitors, the game will start on monitor 1, instead of the one that’s marked as primary. If you want to change this, there’s a menu option that lets you choose it. If that doesn’t work, you’ll have to do it through the ini file:

Many console players are reporting being unable to download the game, even though they should be. Bethesda’s support team is investigating the matter, so a solution should appear quickly. Hang tight.

Some PS4 owners have started reporting various performance issues with the game – stuttering, freezing, lag, etc. The only thing you can do, if you’re one of the people experiencing these, is turn down mouse friction in the menu. Other than that, you’ll have to wait for the developers to fix it.

If you’re having an issue and it’s not listed in the guide above, make sure to share it in the comment section, so we can look for a solution together.