Dishonored 2 is one of the games Bethesda has been showing off at Gamescom 2016. Sadly, there was no hands-on demo – only a presentation. Still, it was worth seeing – we learned some new stuff about how it will play and saw some new environments and characters. Read on to find out what we thought about it. 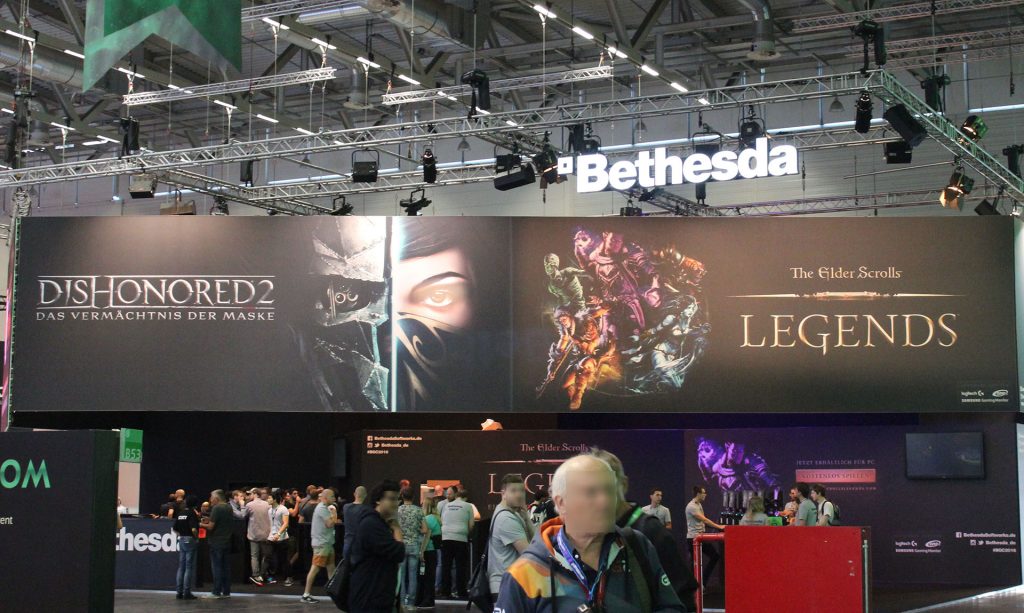 The demo was focused on a mission where Emily Kaldwin has to infiltrate an eccentric millionaire’s mansion and rescue Anton Sokolov, the famous painter, inventor and all-round renaissance man. We got to see some new skills, enemies and confirm the series’ trademark commitment to non-lethal solutions probably worse than death.

The first thing that stood out is the estate itself. The mansion is a clockwork wonderland, with stairs folding unto themselves, floors rearanging as you walk along rooms, pieces retracting and being replaced by others, constantly on the move. The count seems to be aware of her presence no matter how stealthily Emily sneaks inside. He dares her to solve the puzzle he calls home, vowing to keep her secret as long as she bests him. By the end of the demo, he’s sitting in a chair of his own creation, thousands of volts of electrical current coursing through his body, begging for a quick death.

During the course of the presentation, we got to see several of the new abilities in action. Shadow Walk allows Emily to turn into a creature made of mist and slither unseen behind enemy lines. It makes her almost invisible and lasts quite some time. While in this form, she can perform devastating attacks that dismember enemies in the blink of an eye. Domino allows her to connect several enemies who will then share the same fate – you lop off the head of one of them, and the others get decapitated as well. Finally, Doppelganger summons a mirror image of Emily, which helps her in combat and draws away the enemies’ attention.

The house is guarded by tough, imposing robots. Escaping their attention might be the best way to deal with them, but when push comes to shove, taking them down will require time, precision and persistence. They’re also quite comfortable when operating without a head.

All in all, it seems like Dishonored 2 is more of what mostly everyone loved in Dishonored. Although the jump cuts didn’t allow us to judge the size of the map, it was definitely an intricate place. The environments were stunning – both the interior of the mansion and the Karnaca vistas it affords its owner. The new abilities seem fun, at least for players who don’t insist on non-lethal runs. The only thing that soured the impression somewhat were the dialogues. They seemed too on-the-nose, with much of Emily’s lines radiating with rage, more fitting for a child denied a toy than an empress dethroned.

Whether that will be a major tripping point for the game remains to be seen. In any case, we won’t have to wait too long – Dishonored 2 is going to launch on November 11th.