Dishonored 2 is almost out. The reviews are starting to pour in, showing what the critics are thinking about the game. They’re a great way of telling is Dishonored 2 worth buying. It surely is expected to be one of the best single player games of 2016, but it’s best to wait and see what others think before you buy. If you’re not sure how to proceed, make sure you browse our Dishonored 2 reviews round-up before making a decision. 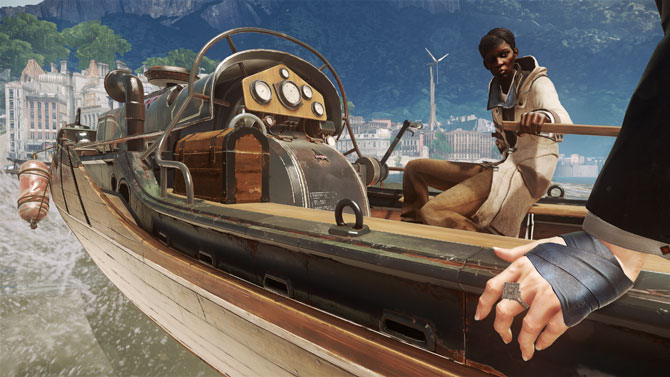 The game is set 15 years after the events of the first one. An otherworldly usurper has thrown the empress Emily Kaldwin from the throne, leaving the fate of the Isles hanging in the air. Players will take the role of Emily or Corvo and travel beyond the legendary streets of Dunwall, the city that was the main setting for the first game. Dishonored 2’s setting is Karnaca, once a big coastal city that has now fallen under the plague of bloodflies.

Players will be armed with the Mark of the Outsider and powerful new abilities, as they track down their enemies and take back what’s theirs. If the gameplay footage we’ve seen is representative, it’s going to be a lot like the first game, but still different enough to be called a proper sequel.

Check out all of the verdicts we’ve gathered below:We’re going to add more reviews as soon as they appear.

The game is going to be released on November 11th, but Bethesda is only letting reviewers get their code a day early. This is usually a red flag, but they did it with Doom as well, and that turned out great. Still, we’d avoid preordering until there are opinions out there, just in case it turns out to be a dud. No harm in waiting a few days longer.