Skills are active abilities in The Division. They are divided into three trees – Medical, Tech and Security. Each tree consists of four skills – you can switch between them at will. At first, you’ll only be able to equip one skill, but this later expands to three. There are also modifications for each skill – they slightly change the way the skill works, and you can choose only one at a time. This guide will show you a list of all skills in the Division, how to unlock them, what they do and how to best use them. 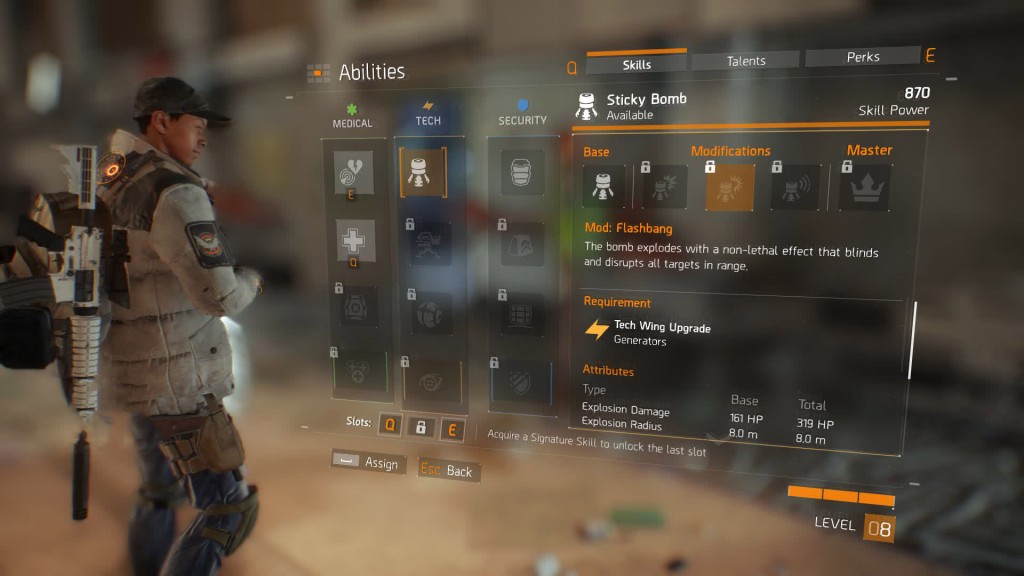 Note: This guide will be updated with more information when the game launches. It is a work in progress.

Medical skills are used for healing yourself and your party members, reviving them when they’re down and doing recon.

The tech tree is intended for DPS characters. If you’re interested in dealing as much damage as possible, these are the skills that will allow you to do so.

The security tree is made up of a set of defensive skills. It’s meant for those who have the habit of playing a tank.