Wood chopping is usually reserved for winter, but in Dying Light 2 Stay Human a different kind of chopping is coming this summer. The Bloody Summer event has just been launched and it’s here to test players’ melee skills in the popular open-world zombie action RPG. Read on to learn about the event, challenges, rewards, and more. 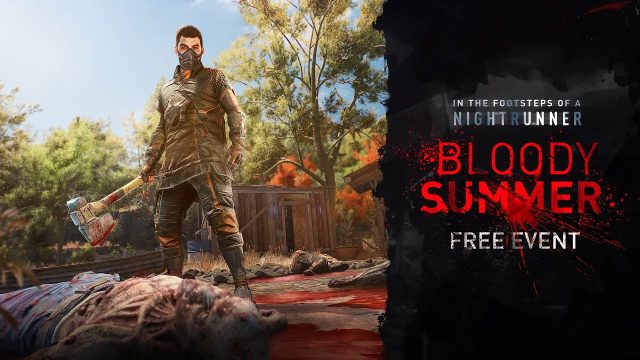 Dying Light 2 Stay Human developers Techland continue with their five-year plan to support DL2. Just recently the community received the first free chapter, In The Footsteps of a Nightrunner, and a Photo Mode. But this summer is all about the bloody action and less about taking photos. The Bloody Summer event is free for all players who own the base game and it is now live! It is set to last for seven days, ending on July 7th, 2022.

So, what’s the deal with the event? In the words of the game’s creator, the Bloody Summer Event is “all about carnage and making the streets of the City run red with the blood of your opponents”. The main theme of the event is limb-chopping. Players are incentivized to chop off as many limbs as possible during their playthrough. And that’s not just for fun times, there are rewards as well! Here’s what awaits you as rewards for your hard-working limb-chopping activities:

As you can see there’s also a global reward which unlocks once the goal is reached. In order to participate and get these rewards, all you need to do is to play the game as normal but try to cut off as many limbs as possible. That will not be too hard, as the developers have increased the chances of chopping off limbs and slicing your enemies during this period. Once the goal is reached, you’ll need to visit this page in order to claim your reward. Have fun slicing and dicing!