Dying Light 2 Stay Human is set to receive its first entirely free chapter, called In the Footsteps of a Nightrunner, as a part of the developer’s 5-year support plan. The new chapter will bring highly-anticipated photo mode, as well as new enemies, a new Rank System, new unlockables, and more. 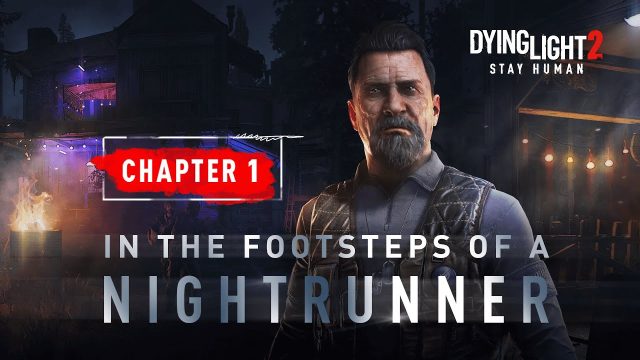 Dying Light 2 Stay Human 1.4.0 update is here and it is the biggest update for the game yet. The first major Dying Light 2 update comes with the first of many free chapters planned over the next five years. Named “In the Footsteps of a Nightrunner”, in the chapter players will meet Harper, a former Nightrunner. Harper will act as a hub for all the new content released in this update.

You can find Harper at the Fish Eye Canteen. There, he will task us with a special Chapter Mission requiring us to deal with Special Infected. Successfully carrying out his tasks will not only yield you rewards but will also unlock powerful high-end weapons, outfits, and consumables if you gain enough reputation. This is a part of the new Rank System, which serves to measure the bond between players and the agent.

In order to build up your reputation, you’ll have a series of daily and weekly bounties. Successfully completing these dangerous night activities will give you reputation points and unlock new items. With each new rank, you’ll acquire Harper’s Tokens a new unique currency which you’ll use to buy the unlocked items. Of course, the new story elements come with new and deadly enemies as well. In the Footsteps of a Nightrunner introduces two new types of Mutated Infected, the Volatile Tyrant, and the Volatile Hive.

Last, but certainly not least, the Photo Mode is finally here. It comes with an array of extensive options for gamers who enjoy taking high-quality screenshots in games. Dying Light 2 features a beautiful post-apocalyptic world and we can’t wait to see all those beautiful shots taken by creative fans with the new tools. For the full 1.4.0 update patch notes, check out the official blog post.