Techland hel a livestream on Twitch today and they used this opportunity to reveal new gameplay footage of Dying Light 2 as well as the official release date. Dying Light 2: Stay Human will release on December 7th 2021. Livestream was watched by over 130k people and revealed a lot of details about the game. The game is also available for pre-order as of now and will be available on both old generation of consoles as well as the new ones. You will be able to play the game on PC, Xbox One, PS4, Xbox Series X and PS5. Here’s what we’ve found out during the Techland Dying Light 2 livestream. 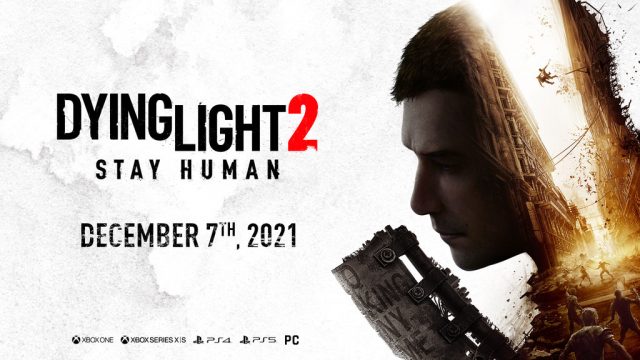 The most important piece of information during Techland’s Dying 2 Know livestream is that Dying Light 2: Stay Human comes out on PC, PS5, Xbox Series X, Ps4 and Xbox One on December 7th 2021. The game takes place some 20 years after what we witnessed in Harran. The whole world got infected and the only remaining stronghold of humanity is Villedor, better known as just The City. You’ll play as Aiden Caldwell who is trying to find out about his past. He’ll have to navigate through 2 large zones of the city divided into sub-regions while dealing with three human factions during the day and monsters during the night. Techland promises everything to be bigger and better than the first game, but what caught our attention the most is that they have doubled the amount of parkour moves they had in the first game.

Another really fun fact we learned during the livestream is that Dying Light 2: Stay Human will support 4 player co-op. You will be able to host a game and have three friends join you. We’ll learn more details as to how progression will work in this mode, but it’s in the game. Dying 2 Know livestream gave us all the details and info we craved for. We are very happy that the game will come out this year. We hope to enjoy it as much as we did the first one. You can pre-order the game at dyinglightgame.com/preorder. You can watch the full announcement bellow.