Dead Cells smashes several popular indie trends together and creates a rather satisfying gaming experience. You have your procedurally generated levels, and the use of Metroidvania gameplay to get through them. Add some rogue-like features, and, as French developer Motion Twin points out in their description of the game, souls-lite combat, and you have an enticing mix to look forward to. This early access title just had a huge update (called the Brutal update) released, and we spent some time with it. Here are our impressions. 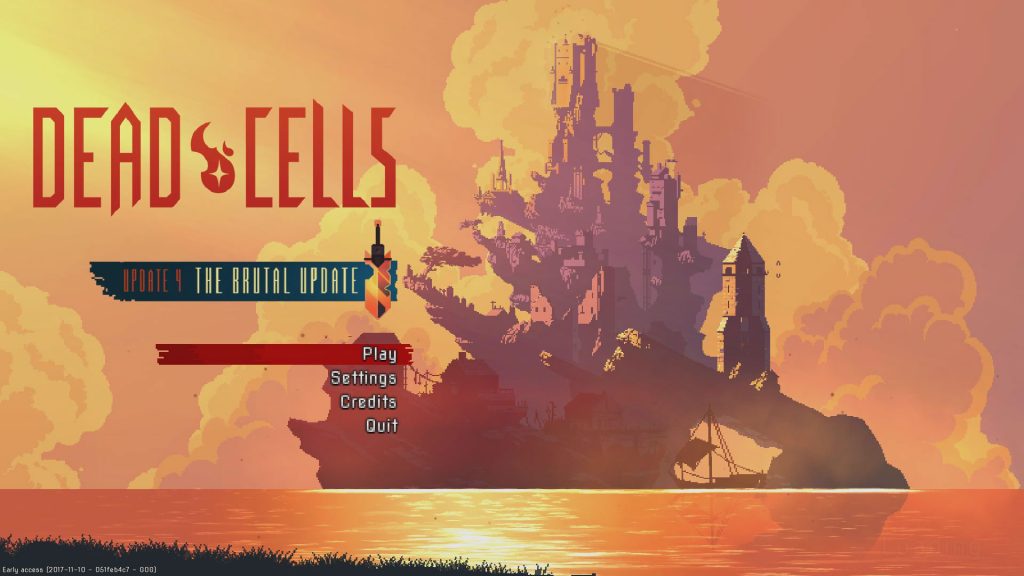 The gist of it is that, through action-filled combat and some lite platforming, you go through the game’s zones (or biomes), getting better gear, skills, and upgrades. Your goal is to not die, because this resets all your progress, and you must start over from the first zone with no gear. To do this, you will have to learn each of the enemy’s movesets in each of the zones. You will also get Dead Cells from some of the enemies, and you can use these as currency at the Collector vendor to unlock permanent character upgrades that will stick around even after you die. The game pulls you in with this combination of learning, progressing, soul-crushing defeat, and reaching further each time you try again. Just when you start feeling comfortable, you will come across an elite enemy, or a boss, and put all your gathered knowledge and gear on the line with hopes that you will be victorious this time. After 10 tries, you’ll kill that boss, get awesome gear from it, and reach new lands and challenges. You will be happy with your accomplishment, because it was reached through hard work and accumulating knowledge, and this is what good games do well. This is what Dead Cells does well. 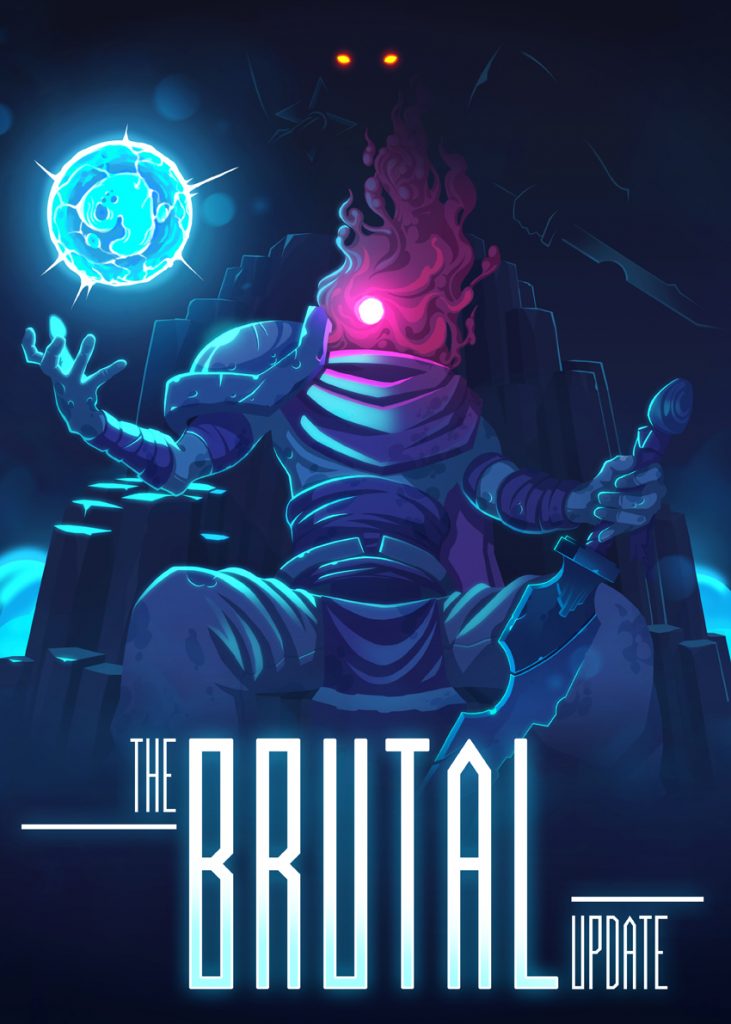 Dead Cells is an early access title and it’s very important for those to see the developer actively working on the game and expanding it with new content or community-requested features and fixes. Motion Twin seems to be on the right track, because the latest update, called the Brutal Update, is the fourth big addition to the game, and it introduces many improvements and lots of new content.

The first thing you’ll notice in the new update is that scrolls upgrade your weapon slots (and a bit of health), skill slots (and a bit of health), and shield slots (and a lot of health). This is quite similar to how it was before, but now these upgrades are named Brutality (red), Tactics (violet), and Survival (green). Each upgrade also buffs your health, and gives a temporary buff to the damage of the equipment in that slot. Again, that is similar to hoe it was before, only a bit clearer and balanced. This change also introduced items that can benefit from multiple stats, and set the foundation for future itemization and balancing. There are 10 new items for you to find in the game as well, so it’s easier to create a build that caters to your playstyle. I dig how you can have a bow-only build, or grenades-only build, or do combos with flames and swords that do extra damage on burning enemies. 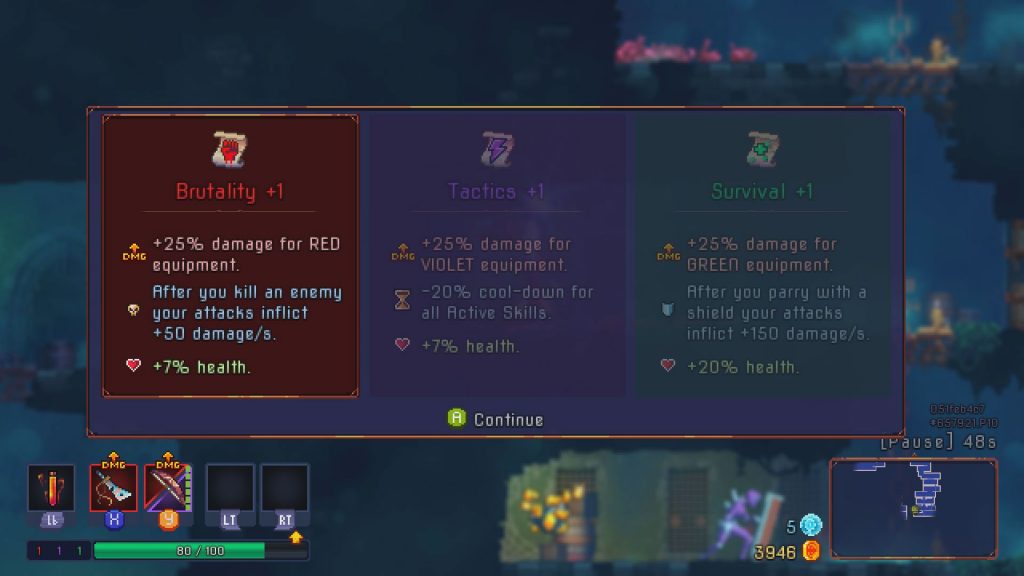 You will be able to explore two additional biomes, and a new boss has become the end of the game. Do note that this is not how the game will actually end once it’s out of early access, so be prepared for even more content. The introduction of new zones also brings 4 new enemy types.

The list of balance changes is huge, and too specific to get into. What’s important is how the update feels in comparison to the previous version. More polished, is what I’d say. I spent about 10 hours playing the previous build, and another 10 with the new one, and I feel like the game is more balanced now. Movement feels sharper, and the whole experience is smoother. Overall, the Brutal update is a significant improvement to the game, which is great news for those hoping this game will be a good product once finished.

Is Dead Cells Worth It?

In the end, the most important thing to determine is whether Dead Cells is worth your time and money. For its early access price, you will get a game which uses popular indie mechanics that are not just thrown in, but well-balanced and thought out. You will get dozens of hours of challenging gameplay that is capable of drawing you in and holding your attention. For the fans of Metroidvania and rogue-like genres, Dead Cells is like a fine wine; the rest might find themselves discovering a new favorite pastime. I especially enjoy the replayability of the game, and the fact that you can sit down for 30 minutes or 5 hours and still get a kick out of it. Just one more run is what you’ll be thinking a lot. I just couldn’t find anything especially wrong with the game. Bugs are scarce, and any balancing issues and community concerns are addressed promptly. It does what it promises to do well, and that is all you can hope for. For its price, it meets expectations in full. 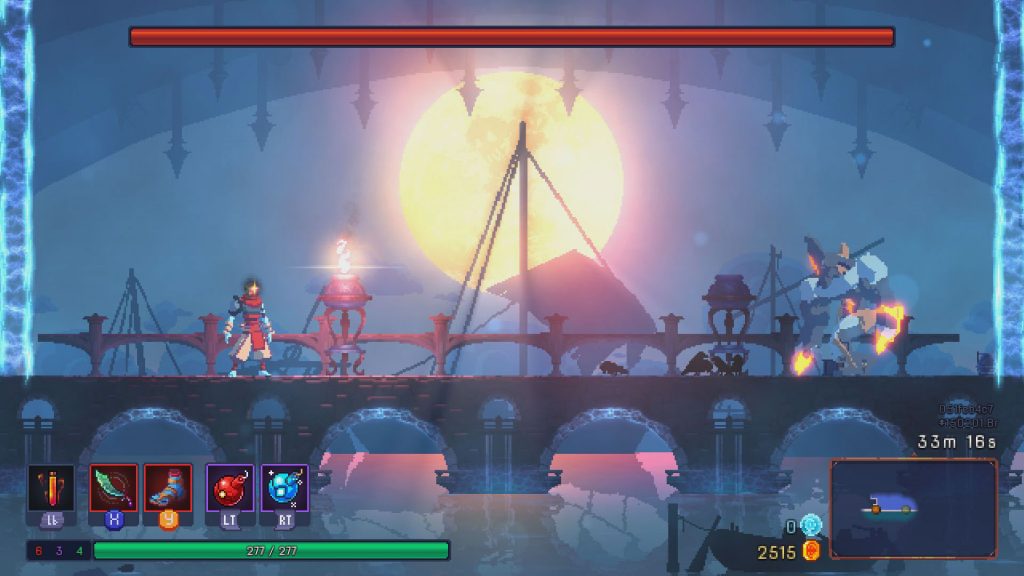 The game just joined the GoG.com Games in Development program, and is now available there, along with Steam Early access. This, along with constant upgrades and expansions of the game, promises that we will see a finished product in the end. Whether you choose to join in on the fun right now or when the game is fully released doesn’t really matter, because you can have quality fun either way.

The Dead Cells game code was graciously provided for free by GoG.com. This is not a paid article or promotion. All opinions stated in this article are those of the author, and have not been influenced in any way.