I woke up in a cryogenic pod. I’ve had to turn on Life support and Solar panels to get the space station functioning. Found a space suit and opened the door to outer space. I got blown out into space by the air inside the station. Spent all my jetpack fuel while trying to learn to navigate and died of asphyxiation.

I woke up in the cryogenic pod and got myself into a space suit. Closed the main station door behind me and exited into space. Remembered to hold shift this time so the difference in air pressure didn’t push me too far away. My suit has a radar showing me there is a module nearby. Took me some practice to get to it. There is a docking mechanism you can interact with and you use it to fly the module to the station and connect with it. Took me 10 minutes to locate the space station and I died of asphyxiation.

Cryogenic pod, space suit, into open space, get to the module and start flying it toward the station. I lack oxygen in my suit and apply a lot of forward speed to get there fast. At 300 meters I start to break and move the mouse to align with the station. I do all of that too vigorously and hit the station hard, sending it into spinning motion in one direction and me and my module spinning into the sun. I open the visor on my suit to speed up the asphyxiation process… 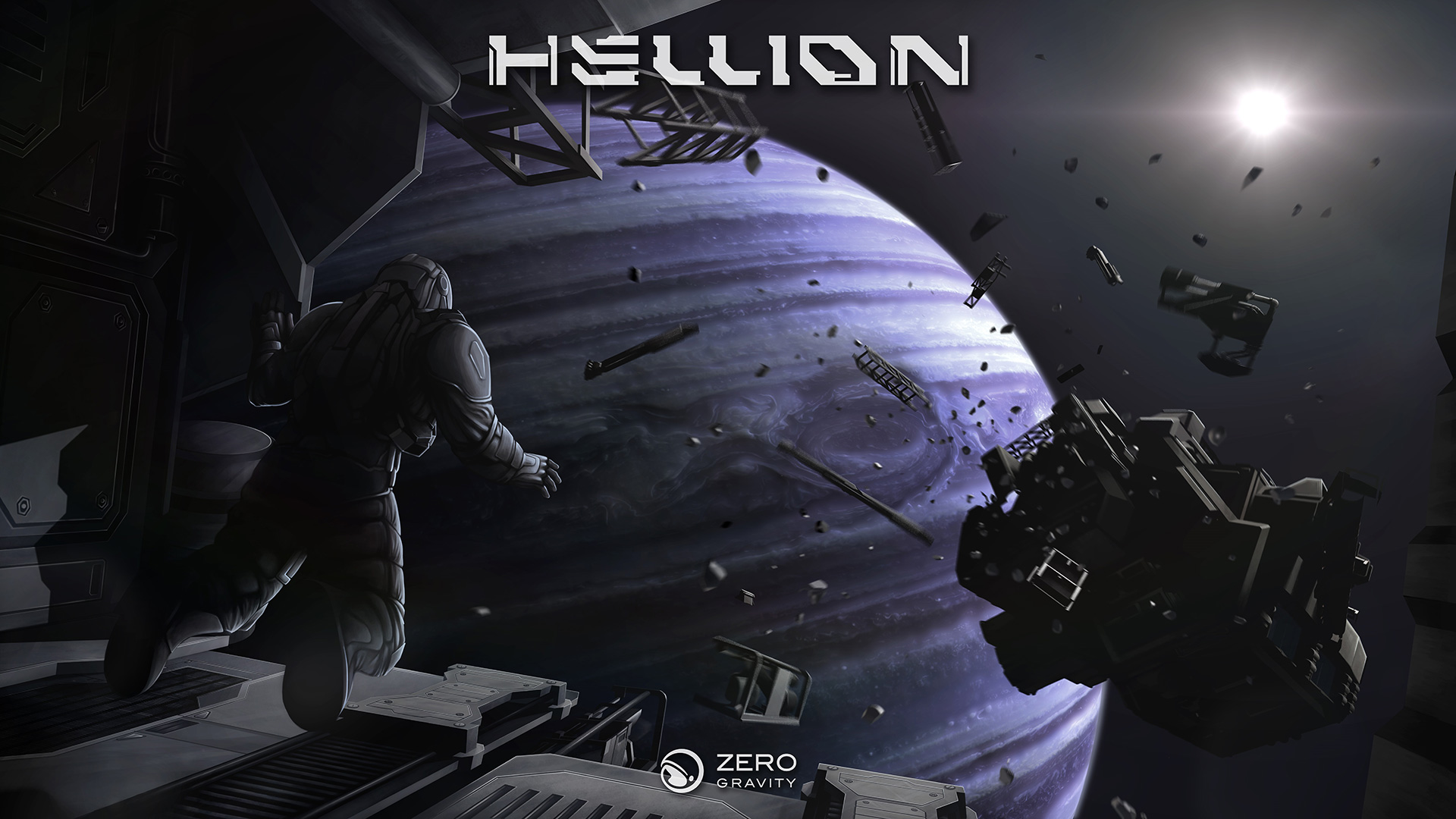 Game setting or how did we get here?

Hellion is an open world first person multiplayer space survival game and as every great survival game it provides you with a well crafted setting in which to play. You are a colonist scheduled to arrive to the mankind’s first interstellar colony, only to find that everything has gone to hell and that you have to keep yourself alive all on your own. You start on a basic space station containing power supply and air filtration and a space suit. Out, in the open space, you will find your first airlock module and a ship you can use to travel through the system. Ship gets you to asteroids you can mine, other modules you can haul back to base, or even other people’s bases that you can raid. 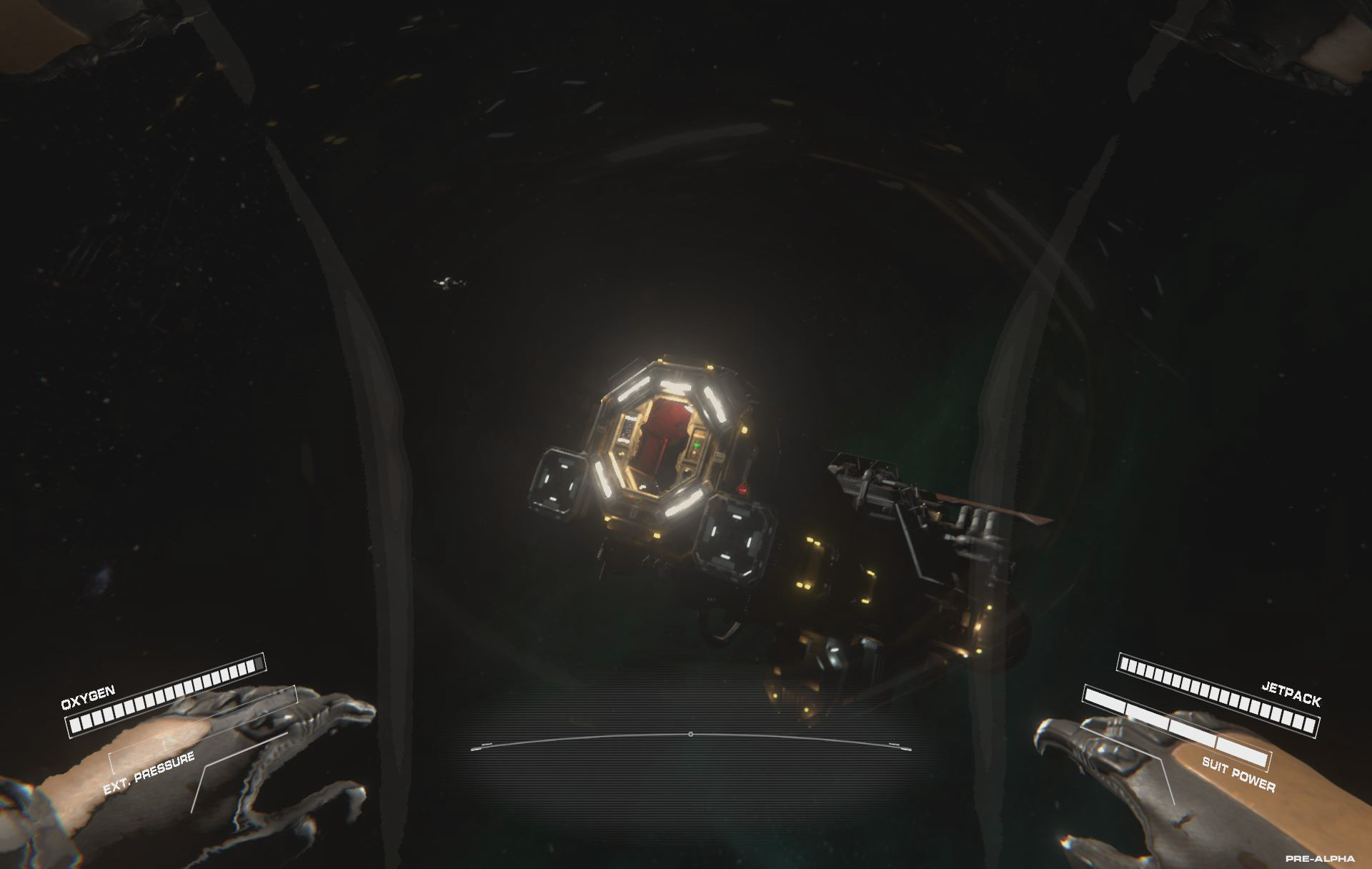 None of that is easy. You will die a lot and each death will bring you better understanding of the rules of the universe. Rules are very strict and follow every major law of physics. Flying through space is a grand example of this. When moving towards something you have to think of all three axis and rotation. Equally, to stop movement you have to apply force in the opposite direction, which means you have to apply the same amount of force and in the same directions (three axis + rotation) to stop (or at least slow down). It takes hours of practice to master and then you’ll try out the Faster Than Light engine in your ship, realizing you have to factor in time as one of the components of travel. 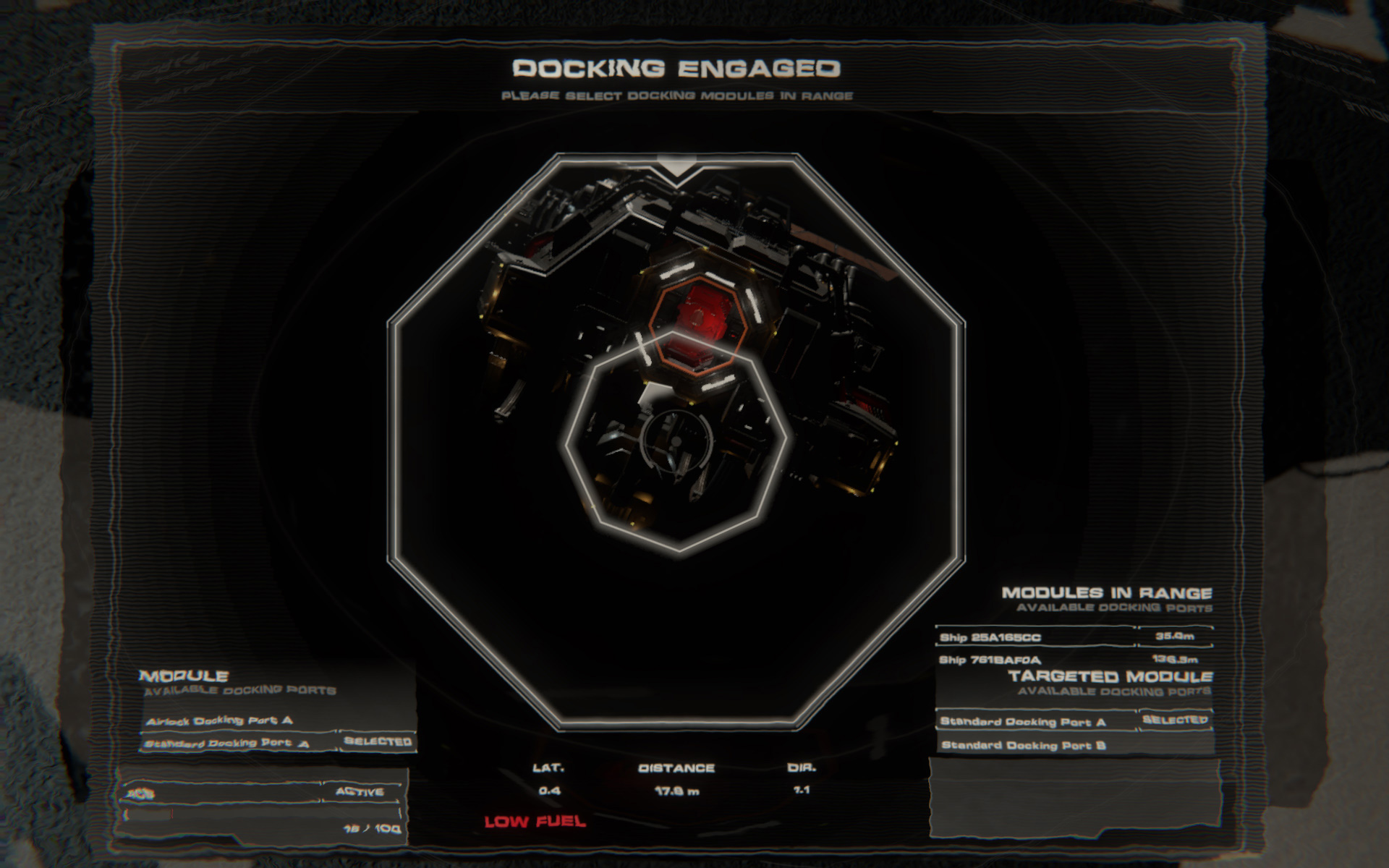 Each system on your ship and station needs components to run efficiently. At first, this is not a big concern, but as you start building bigger things you will have to invest into maintenance. This is where playing will friends will greatly help you live out your space fairing fantasy. One of you will be a good pilot, while others will like to mine and then there’s that FPS nut that will raid all the things.

Hellion is in Early Access on Steam and the version I was playing is its Alpha stage. This means there are a lot of bugs. I spent equal time wrestling with buggy interface and server net code as I did learning the ropes. Luckily, the developers are very expedient in their patching process, so the game saw three patches released in two weeks since launch. Looking at their road ahead you can see that they have some grand plans for the full version of the game and seeing how good of a start they have, I’m inclined to believe that they will actually deliver on their promises. 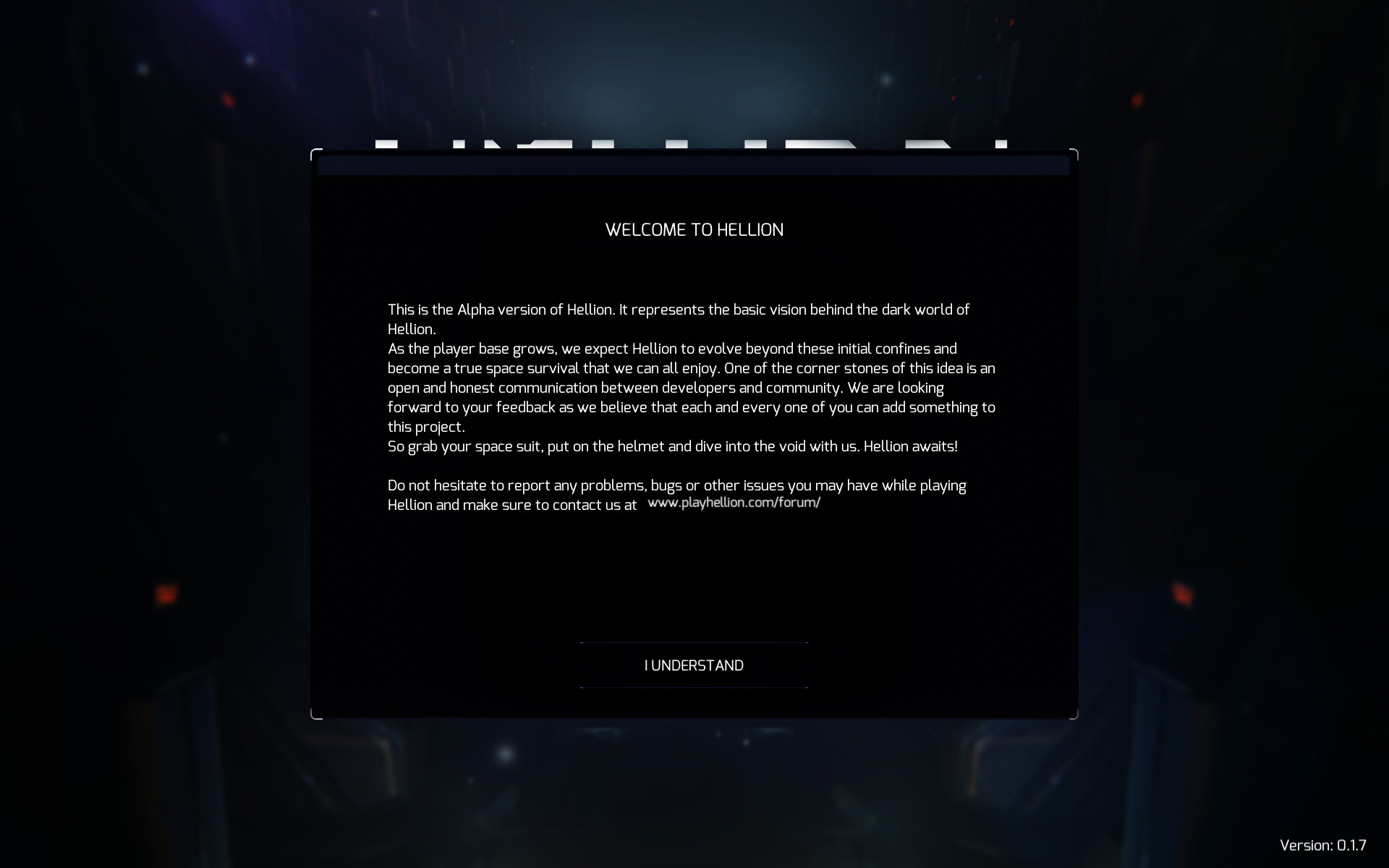 Although a daunting experience at first, Hellion rewards you with something very few games manage to provide. You get a full Science Fiction (with the accent being on the science part) experience. As you grind through the difficulties space throws at you (and the early access stage of the game), you will enjoy sights of alien planets passing by as you mine an asteroid, or crawl through derelict stations looking for replacement parts. Having some grand space music play in the background will have you gasp for air as you frantically try to get back to the relative safety of your airlock. In short, if you get excited by the scenes of Bowman EVA missions in 2001: A Space Odyssey and have enjoyed the movie Interstellar or you have a collection of books by Asimov and Clark, Hellion is the game that has the potential to put you in the driving seat of your very own space Sci-Fi fantasy.

However, if you are easily annoyed by bugs and detest games in alpha stages I recommend you go to the Steam page of Hellion and add it to your wishlist, because the moment this game hits beta I believe it will be a worthwhile experience for a lot of gamers.

PREVIOUS POSTOutlast 2 not getting classification in Australia