Sundered doesn’t start off great. The opening hour is shy and clumsy, taking a bit too long to find its footing. It’s worth soldiering through its brief identity crisis, though, because once it gets comfortable with what it is, it blossoms into this weird and brilliant mix of things that really shouldn’t mix this well. It’s a roguelite that trades forethought and meticulous planning for momentum and split-second decision making.

You are Eshe, a woman who ends up in some ancient, lost world and has to fight her way out with guidance from a magical trapezoid. It’s immediately hard to care about Eshe, as her name is literally all we know about her. Who she is, how and why she ended up there, are all simple questions that sorely lack answers. There’s lore sprinkled here and there, presented through magic audio diaries and sparse commentary from your geometrical advisor, but there’s not much story to talk about.

At first glance, it looks like a metroidvania, but calling it that really does it a disservice. You do explore the vast ruins, collecting abilities that grant you access to more and more areas, but the world rearranges itself slightly each time you die. Key locations like gates, boss rooms and ability shrines stay put, and the larger areas keep their outlines, but the filler rooms which make up most of the map get randomized. It’s like entering your bathroom only to find the toilet bowl on the ceiling, and it’s enough to do away with the sense of space every good metroidvania instills.

Thankfully, exploration takes a back seat to what the developers call dynamic horde encounters – it basically boils down to the game throwing a whole lot of enemies at you whenever it feels like it. This was only revealed to me once I’ve inadvertently locked myself in a room with a deadly security system and a bunch of bloodthirsty monsters. It only became clear once the game finally dared to overwhelm me, to stack the deck. 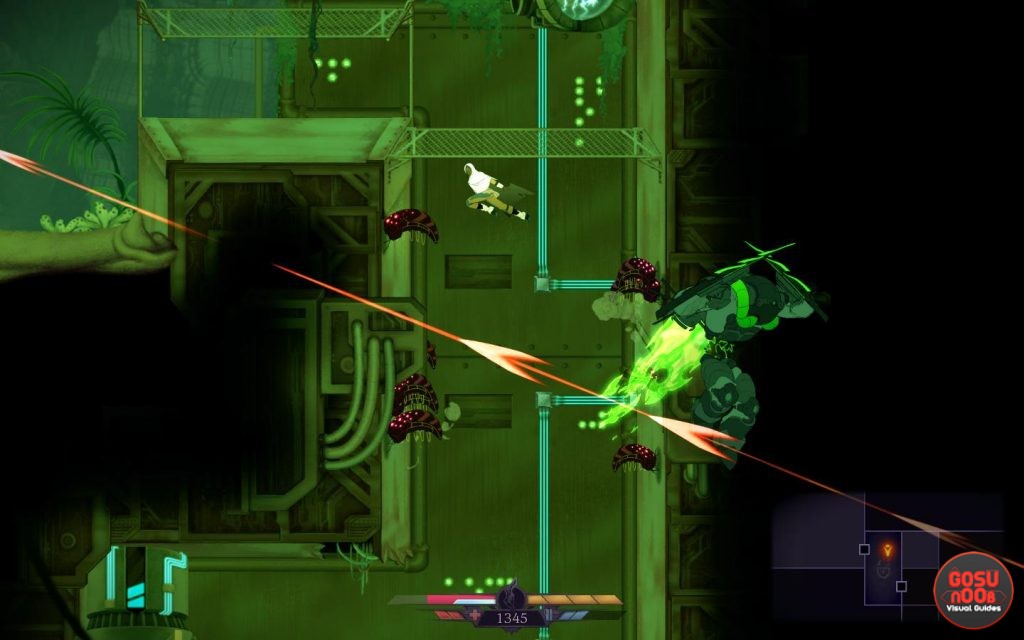 It’s all about the split second after you hear the ominous gong announcing the flood of teeth and tentacles, when you decide on fighting or fleeing solely based on the color of the background. And the rejigging of the map fits perfectly into this.

What makes evading the horde a thrilling experience is the fact that although you may have a general idea of where you’re headed, you don’t really ever know what’s around the next corner. In times like these, you’ll be looking at the minimap as much as the actual game, one eye navigating the obstacles that appear, the other guiding you towards your goal. Even though Eshe is a master of acrobatics, the superb audio design and slight delays between actions give her weight, make her feel more vulnerable and present. They signal that, when chased by the horde, every misstep will be paid for dearly.

Other times you’ll fight. As you gain more confidence and improve your skills, you’ll choose to fight more and more often. I’m happy to say the combat feels at least as good as the parkour. You start off with a few basic moves, like directional swings and a dodge, which is really enough to get you through most of the fights. When you die, you’ll get back to the starting sanctuary, where you can spend money to make numbers go up – important numbers, like damage and health. The upgrades get progressively more pricey, so there’s a bit of balancing in the sense that you won’t realistically be able to buy everything.

You’ll also expand your arsenal with new abilities and powers by visiting shrines. This will allow you to tackle bosses, who’ll drop elder shards upon death. The boss fights are pretty standard fare, nowhere near as unpredictable and volatile as horde encounters. The mini bosses are often just a bump in the road, a chance to actually take a breather while you deal with them methodically. The proper big ones are more akin to living set pieces – they’re memorable, but you can overcome them through trial and error. 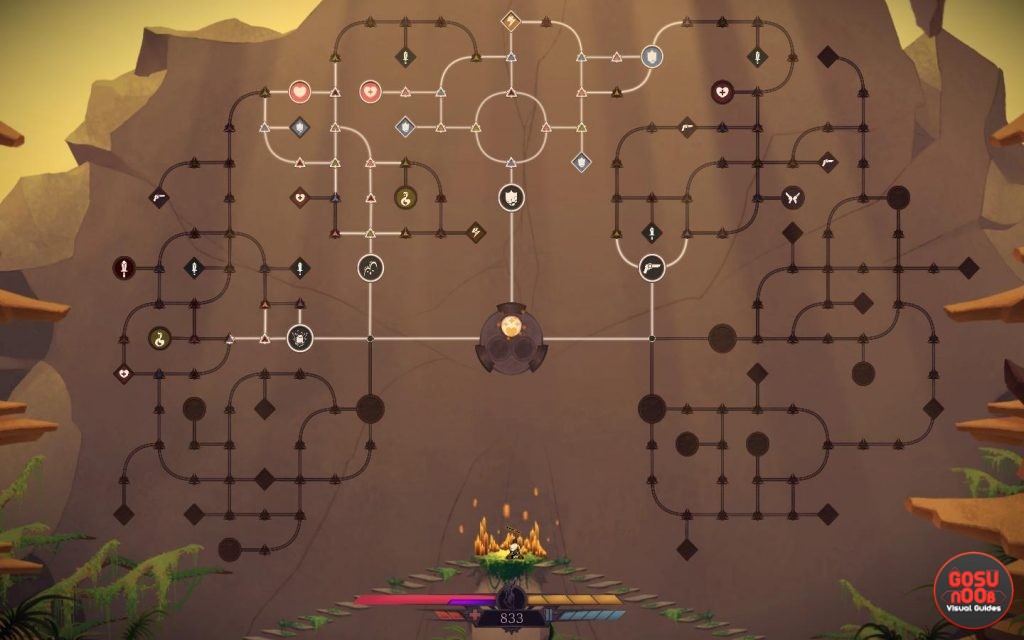 The elder shards are used in what was supposed to be another big selling point for the game, but ended up falling flat on its nose. Once you have a shard, you can either use it to corrupt one of your powers at a shrine, or burn it and hold onto your humanity. There’s no mechanical advantage to the latter – you’ll end up with some money and a pissed off trapezoid. As money’s readily available in monster bellies, you’re always better off corrupting/upgrading a power. The only reason to destroy the shards and effectively cripple yourself would be in order to save Eshe’s soul, but for that you’d have to actually care about her. It didn’t make sense to me, neither emotionally, nor financially. In a game that’s all about the moment-to-moment, it’s hard to see a different ending as a fitting reward for such a sacrifice.

The only technical issue I had were the abysmally long loading times between the three major areas. It may be down to not having an SSD, but I had to keep a book nearby to pass the time. You can plan your playthrough so that you don’t jump between them much, but still, it’s a long wait.

It’s a thrilling ride, one that’s mostly hindered by its own unassertiveness in the early stages. And I haven’t even mentioned how beautiful it looks. The procedural nature of the levels makes much of them somewhat unremarkable, though, despite the detailed environments and careful animations. There are vistas that are specifically designed to make you want to stay and appreciate them while you wait for your heart rate to return to normal, but other than that, most of the time it’s all a blur. Its good looks are wasted, in a way, on a game that’s closer at heart to Super Hexagon than Symphony of The Night.

The biggest mistake it makes is trying to pass itself off as a metroidvania, instead of what it really is – a fast-paced roguelite brawler with a somewhat persistent world. If you come at it expecting the former, you’ll probably come away disappointed. If you dive in looking for a slick action game that’s not afraid to give you a beating, you’re in for a treat.

Sundered is out today on GOG/Steam, and it costs $23/€20. Review copy provided by GOG.