Fallout 76 Beta has started a few minutes ago for Xbox One players. The first Beta session will be available only from 7PM ET until 11 PM ET. The best feeling in every online multiplayer co-op game is the chance to join your friends and wander throughout together. While some players have been able to play togather, most of players are asking how to join their friends and team up with them. 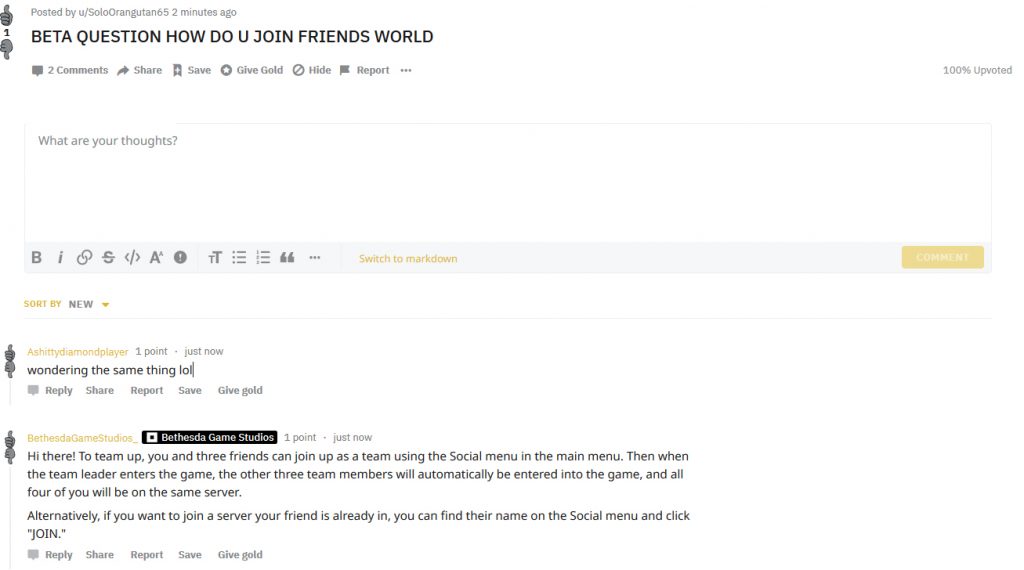 How to team up / join friends

Since this is quite a new step for Bethesda to add multiplayer to Fallout franchise, I was sure that it will be very hard to join your friends and that players will be posting hundreds of threads discussing issues with this new element. But, the answer to this question turn outs to be very simple. I found it on reddit written by official Bethesda moderator:

To team up, you and three friends can join up as a team using the Social menu in the main menu. Then when the team leader enters the game, the other three team members will automatically be entered into the game, and all four of you will be on the same server.
Alternatively, if you want to join a server your friend is already in, you can find their name on the Social menu and click “JOIN.”