Far Cry 3 Defusing the Situation follows the Triple Decker main story quest. After killing three VIPs in previous quest and discovering that they planing an meeting in couple of days, where you can find their roll sheet logging all their members, you are asked by Sam to help him out with a situation he needs to defuse. 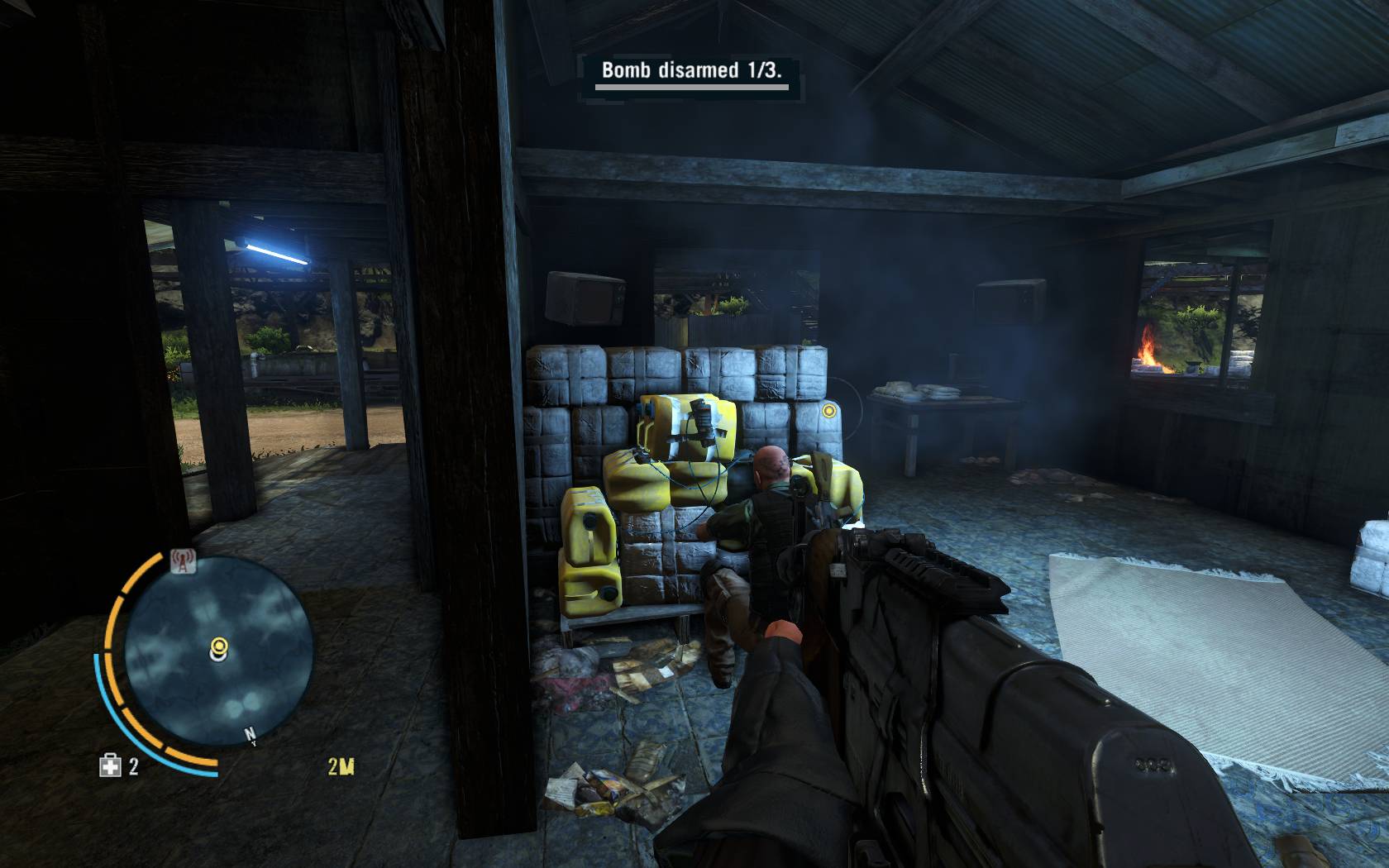 Meet with Sam at the plantation.

Sam can be found at Mahina Plantation near Alpha Camp. He will be waiting for you at the entrance of the plantation.

There will be three bomb locations where you need to follow Sam to. Follow him as he heads towards the first bomb.

Protect Sam while he defuses the first bomb.

The first bomb will be found soon after you pass Mahina plantation gate. Pirates that you need to defeat will be charging the house, many of them will be using Molotov cocktails. If the house catches fire Sam will leave until the fire is extinguished, something you should do as well.

Protect Sam while he defuses the second bomb

Soon after the first bomb is defused you will follow Sam up the hill. There will be second bomb in the house that Sam needs to defuse. He will tell you to climb on the roof and shoot down pirates that are coming from the direction of the greenhouse up the hill.

Protect Sam while he defuses the last bomb

Third bomb will be in greenhouse the pirates were just coming from. You will notice the turret by the road downhill. Hop in it and defeat the incoming pirates. At the end of the fight the pirates will try and use their helicopter to kill you. Luckily there is a rocket launcher in the house you can use to bring helicopter down.Soon after you clear the area of remaining pirates Sam will tell you where he thinks you can find pirates meeting. These are the pirates that should have the roll sheet you was looking for.