Far Cry 3 Save Your Friends Ending ending takes place after you decide to spare Liza’s and your friend’s life despite Citra’s effort to make you a warrior without burdens. It takes place at the end mission story quest Hard Choices. 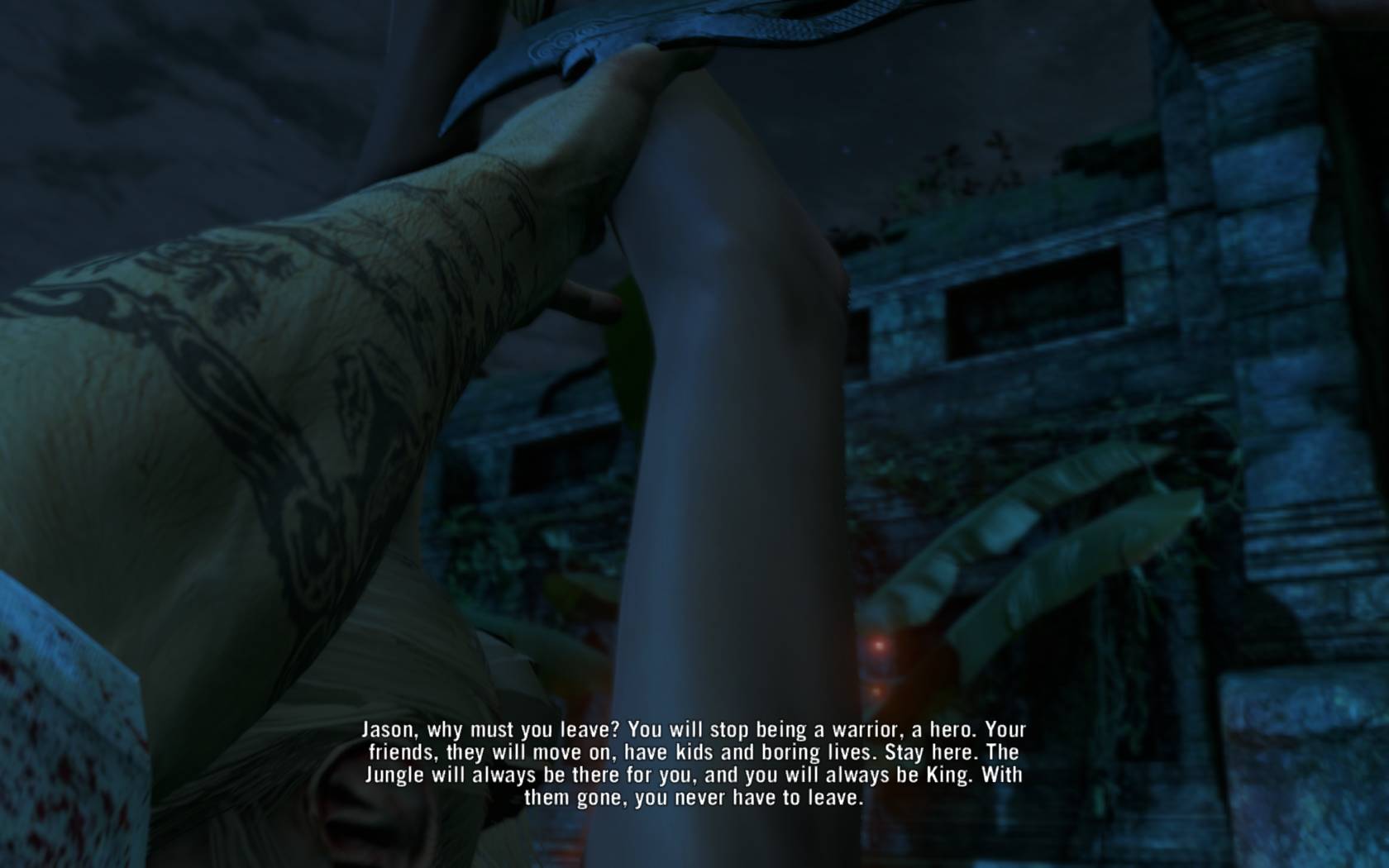 Citra will be disappointed when you raise your knife and free Liza from the ropes. After setting Liza free, you will do the same with Daisy who will free the others others.Citra will realize that you choose your friends over her. She tries to persuade you one more time without success.Jason appears on the platform you are standing on. He will get angry with you and your decision to reject Citra’s love. In his moment of madness he tries to stab you with the ancient knife, but Citra stands between you two and gets stabbed instead.With her last breath she tells you that she still loves you. Jason, realizing what he have done, approachs Citra with agony and asks her for forgiveness.Next scene takes place at a beach beside the ancient knife, where you at fully comprehend everything that happened on the island. You start questioning your self and wonder if you will you ever be the same person as you were before all this as you and your friends drive away from the island.