How do “Ones to Watch” upgrades work in FIFA 23 Ultimate Team? The OTW cards are back in FUT 23 and they will again be an essential part of this year’s virtual football experience. Ones to Watch are the feature of FIFA Ultimate Team that takes into consideration aspects of real-life football and the performance of those players. In our guide, we explain how to upgrade OTW cards in FIFA FUT 23, and everything else you need to know about the “Ones to Watch” upgrade system in FIFA 23. 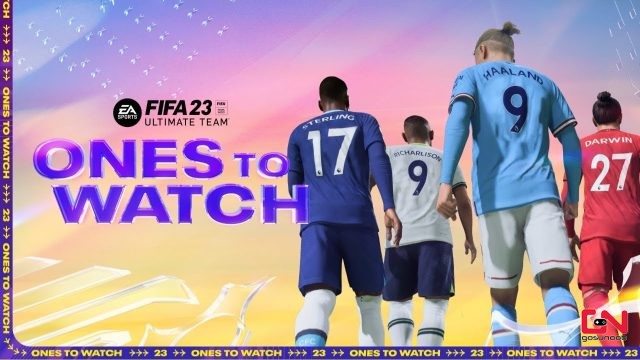 How to Upgrade FIFA 23 Ones to Watch Cards

The Ones to Watch (OTW) players in FUT 23 are cards with dynamic ratings. Ones to Watch cards feature players who have changed clubs during the 2022 summer transfer period. These players will release as two separate OTW teams. And, it has already been confirmed that Erling Haaland, Darwin Nunez, Raheem Sterling, and Richarlison will be featured in OTW Team 1. The first OTW promo team will launch on September 30th. And that’s when will you receive your Ones to Watch pre-order player. Now, let’s see how the Ones to Watch Cards upgrade system works in FIFA 23. As per the official FIFA 23 Ones to Watch blog post:

So there you have it. These are the three methods in which you can upgrade your “Ones to Watch” players’ cards. Finally, it should be noted that the OTW players don’t need to be featured in the matches of their teams to be eligible for the upgrade. Wins will count even if they don’t play in a game. With that said, that’s all you need to know.

NEXT POSTYou Do Not Have Enough Clearance Genshin Impact