An exciting football year is behind us, both in real and virtual realities. And now it’s time to vote for your FIFA 23 Team Of The Year! EA has selected 100 outstanding players from the previous year, and now it’s on you to choose who do you think deserves to be in the top 11. Read on to learn how to vote for FIFA 23 TOTY, who are the 2023 TOTY nominees, when the voting ends, and more. 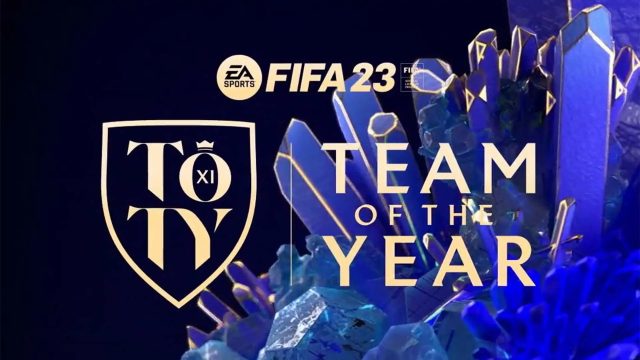 FIFA 23 Team Of The Year Voting

So, how to vote for the FIFA 23 TOTY? It’s actually a rather easy and straightforward process. All you have to do is to follow these few simple steps, as explained below:

Who are FIFA 23 TOTY Nominees

In total, there are 100 players selected by the team at EA Sports. Players are carefully chosen based on their overall performance and impact during the previous year. Check out the images below to see every goalkeeper, defender, midfielder, and attacker nominee for the FIFA 23 TOTY voting:

FIFA 23 Team Of The Year Voting End and Start Date

The voting process officially kicked off on Tuesday, January 10th, and will last 7 days. The voting phase ends on Tuesday, January 17th, 2023. Shortly after the end, the FIFA 2023 Team of the Year will be announced (later in January), with special FIFA 23 Ultimate Team Player Items earning boosted ratings to celebrate their inclusion in the team. With that said, that’s all you need to know about the FIFA 23 TOTY voting process. Have fun, and choose wisely!