Leveling up your characters in Final Fantasy Type 0 can be difficult. Everything you do will help you earn experience points, but that may not be enough. There are tough opponents you’ll need to train hard to defeat. If you’re wondering what’s the fastest way to become more powerful, you’ve come to the right place. In this leveling guide, we’re going to show you several ways to gain EXP and level up your characters.

Secret training is done in the Arena in Akademeia while you’re not playing the game. That’s right, you can earn experience without doing anything. Whenever you want to stop playing, go to the Arena and talk to the bearded man on the right. After that, a character of your choice is going to spend time in training, while you’re away. 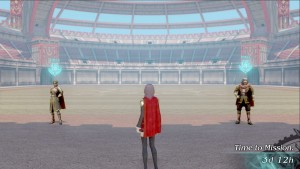 Sadly, you can only have a single member of Class Zero in ST at a time. The minimum training time is two hours, while the maximum is twenty four. On the bright side, the benefits are amazing. The results will vary depending on the trainers that get assigned to you, but take a look at what happened to Cater when we left her in ST overnight once.

Attending the classes Moglin teaches at Class Zero’s classroom during free time is always a good idea. Some of the classes will give your entire crew an amazing EXP boost, measured in tens of thousands of points per character. The catch is – you need to take the basic classes in order to unlock advanced ones. If you want to take the truly amazing ones, you’ll need to commit right from the beginning. 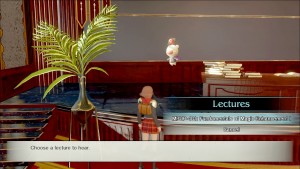 You can play through the missions you’ve already beaten from the Title Screen. You can also try to clear them on a higher difficulty setting, which will allow you to fight stronger enemies and earn better rewards. If it gets too hard, don’t be afraid to quit – you won’t loose you EXP, only items and Phantoma. 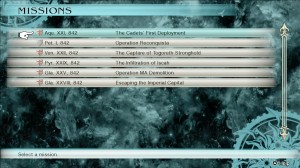 Caves are great for leveling the characters you don’t use very much. Find a cave your main character can handle on his own. Make him the active leader, and put two you don’t like in the other slots. Your favourite character won’t gain much by doing this, but it’ll do wonders for the others. We recommend Corsi Cave and the Northern Corridor for this. 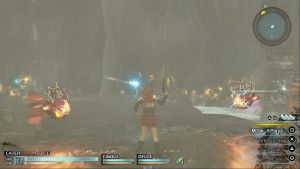 Sometimes, when you win a random encounter, the game will inform you there are more enemies nearby and let you choose between running away and facing them. Always choose to fight. The second wave will be two or three times as rewarding as the first. This is true for every consecutive wave as well.