We’ve got a couple of new pictures of Final Fantasy XV to show you. The first two are screenshots from the game, and they’re a bit on the strange side. They show camping equipment. Yes, we know. These are the tents Noctis and his buddies will sleep in while trying to fulfill their destinies. And fix their car.

This is authentic Coleman equipment we’re talking about – chairs, tents, tables and such. Are they using real-world items in the game to give it a pinch of familiarity? Or is it a ploy to make us subconsciously yearn for those high quality Coleman tents? Probably a bit of both. Product placement has been around in films since the dawn of time, but seeing it in games still seems weird.

The last picture is a bit of a spoiler, so you best stop reading if you’re averse to those. It’s a scan of a page from the Japanese magazine Weekly Shonen Jump that shows Ramuh being summoned to battle. The text offers no explanation aside from saying that summons won’t work the way they did in earlier Final Fantasy games. But that’s fine. Having confirmation that Ramuh is making a comeback is enough. 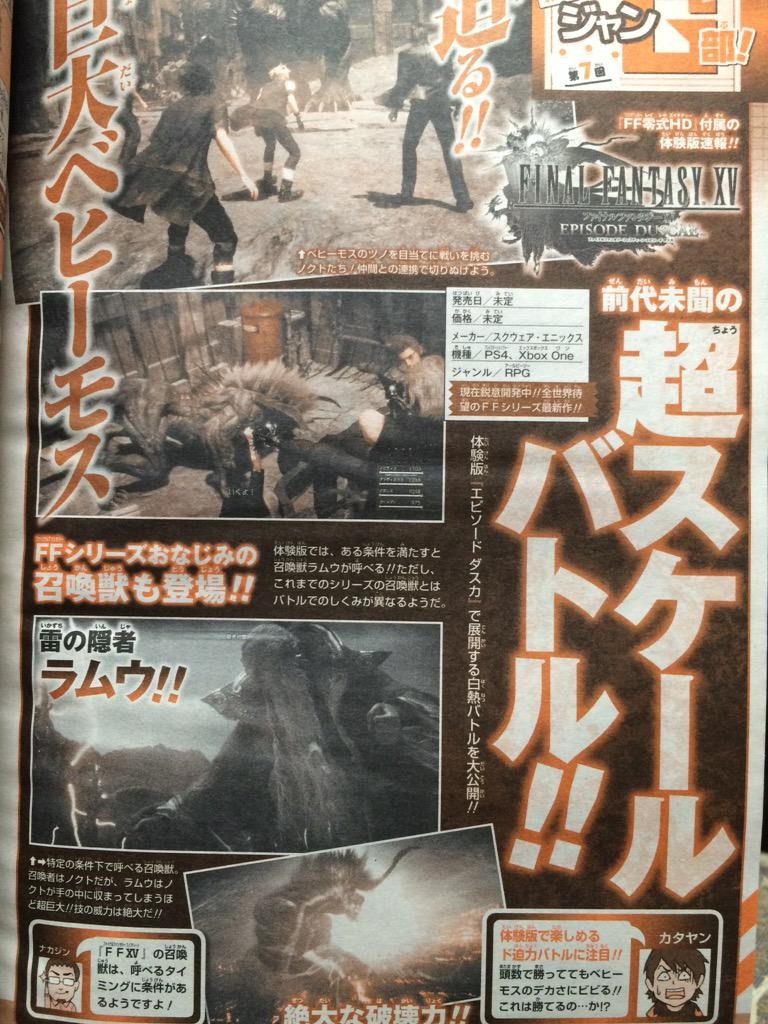 Final Fantasy XV doesn’t have a set release date yet, but is expected to come out this year. That doesn’t mean there’s no reason to celebrate – come March 17th (20th if you’re in Europe), preorder and day one buyers of Final Fantasy Type-0 HD will be getting access to a demo called Final Fantasy XV – Episode Duscae.

NEXT POSTBloodborne Tips And Tricks Guide