Final Fantasy XV is the latest sequel in a hugely popular JRPG series. It’s due in a week, and is going to be the biggest entry in the franchise yet. It’s been ten years in the making and what we’ve seen so far suggests it will delight long-time fans. Here’s everything we know about Final Fantasy 15 – the plot, the characters, the RPG mechanics and more. 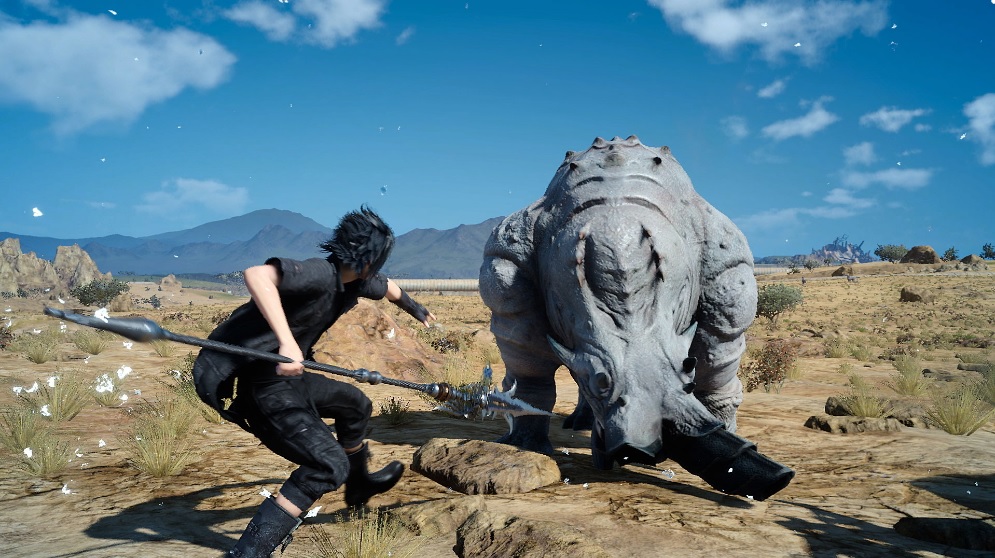 It doesn’t really matter whether you’ve played any of the previous games or not. Final Fantasy XV isn’t a direct sequel – it takes place in a completely new world. Although Eos is similar to other worlds we’ve visited in many ways, this allows it to throw away any canon constraints. In other words – don’t worry. If you’re new to the series, you won’t be missing anything.

In FFXV, you’ll take on the role of Noctis, the heir to the throne of Lucis, the last remaining kingdom to focus on magic instead of technology. The entire world has fallen before the iron fist of Nilfheim, save for your homeland. After signing a pretend peace treaty, Nilfheim had stolen your Crystal, the source of all magic in the land. Your task, as heir apparent, is to retrieve the Crystal and stop Nilfheim’s war efforts.


On his epic journey, Noctis will be joined by several characters – both friends and brothers in arms – who’ll provide company and help in battle:The four of them will travel across the land, searching far and wide. Princess Luna, an Oracle and Noctis’ bride-to-be, will also be a central character, although we still don’t know whether she’ll be playable.

The battles will take place in real time, but there will be a pause mode, which will allow you to stop time and issue several commands before the game continues. You’ll only be controlling Noctis, while the others will attack automatically – both in terms of targets and in terms of skills they use. You’ll be able to enlist them to perform co-op attacks, which are supposed to be extra devastating. You’ll be able to make them perform team-up attacks together with you, and investing ability points into their skills will make them stronger.Noctis can also block and parry, but this uses up his magic points.

You’ll have four equipment slots to fill with weapons, magic or shields. This will allow you to spice up the battles and change styles on the fly. There are arounda dozen weapon types, ranging from swords and staves, to pistols and rifles. They can be upgraded by a mechanic, and some can even evolve. Noctis also has a warping ability, which allows him to teleport around the battlefield – it can be used to perform critical strikes from a distance, or to get out of harm’s way when your health is low.

Since there will be free roaming around the map, you can expect a lot of enemy encounters. Quite unusually for the series, you’ll be able to avoid many of these – when you see a sign flashing, you can turn around and retreat before the fight begins. 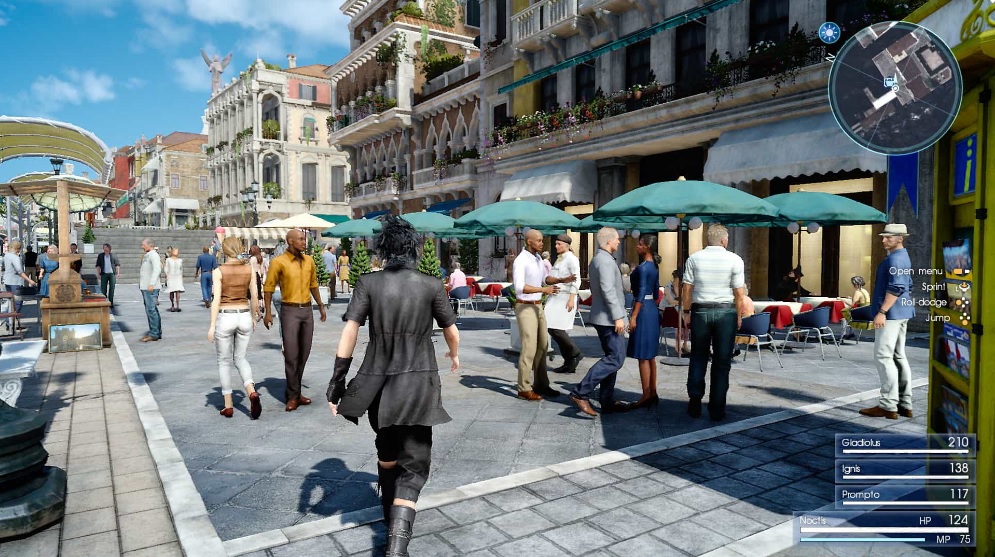 You can also expect giant monsters which can be summoned (like the Leviathan), enemy vehicles that can be stolen, as well as spells to aid you in battle. Noctis can swap weapons quickly during battle, allowing you to fine tune your approach to the weaknesses of the enemy.

Magic is pretty amazing. You can destroy a group of enemies with a single spell, but there are costs. You need to spend resources, as well as the ability points to allow you to become a great mage. You also have to be careful not to hit your buddies, since there is friendly fire. The process of crafting a spell involves getting the materials from mineral nodes across the world, then mixing them up and storing in your magic flask.

You can also throw regular items like fish or herbs into the mix. They will also affect the kind of spell you get in the end.

Level progression has been changed, compared to previous games. You’ll now earn experience points with every character separately, and they’ll affect their level, as well as stats like health and MP. On the other hand, you’ll earn ability points as a group, and use them to upgrade skills and powers.

The world of Final Fantasy XV will be enormous – there’s no solid info yet, but rumours and fan calculations based on the Episode Duscae demo point to it being significantly bigger than both GTA 5 and The Witcher 3. Traversing a map that big is no easy feat. Thankfully, you won’t have to do it on foot – chocobos are going to be available (whether by way of breeding or taming, we still don’t know).

It’s also going to be completely open – you can follow the story, but you can also meander across the map and explore to your heart’s content. There’s also the Regalia – the swanky black limo you can see in the trailers. Regalia will be your default vehicle – it will even be possible to upgrade it so it can transform into a plane. Best of all, you won’t be required to drive yourself – if you’re sick of driving, you can pass on the wheel to a companion, which effectively puts the car on auto-pilot.

There will be several large cities, like Altissia, based on real world locations, as well as a bunch of smaller places. They’ll offer you a place to rest, play mini-games, get quests and trade.

Final Fantasy XV is going to launch on November 29th. It’s coming to Xbox One and Playstation 4. A PC version hasn’t been mentioned yet, sadly.