Picker Upper is a trophy you can get in Final Fantasy XV Episode Gladiolus. You get it by collecting all of the items strewn around the dungeon. There’s a lot of them, and some of them are hidden and hard to spot. In this article, we’ll tell you where to find all items in FFXV Episode Gladiolus.

One very important note before we begin – no items appear to be in barrels or boxes. Instead, they’ll either be on the ground, or hidden out of direct sight in some way. They might be on a side path, or in a hole in the cave walls. 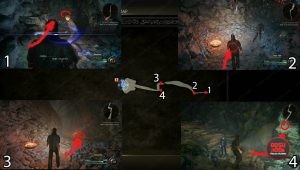 Where to find items before first trial in Gladiolus DLC 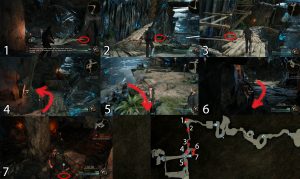 Item Locations Between Second and Third Trial in Episode Gladiolus