If you’ve acquired For Honor through Uplay by the end of June 22nd, you are eligible to join the Public Test and try out the new ranked tournaments. Since For Honor is a competitive game, this feature was in development since its beginning. It is finally at the state where it can be properly tested.

The Ranked Duel Tournament testing will take place on the PC, for both Steam and Uplay users. It’ll be accessible from all regions and countries. Its content consists of duels on all maps and with all heroes. The test pre-download will start on June 27 (12:00 ET), while the testing will start on June 29 (9 AM ET) and it will end on July 4 (5 PM ET). Once it is done, all progress of participating players will be erased and will not carry over to the main game. 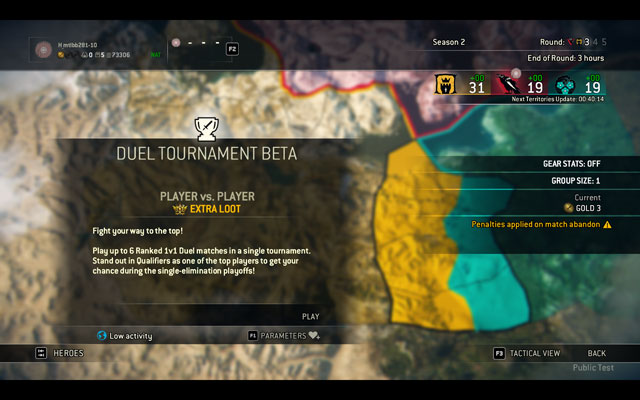 The full introduction of Ranked Duel Tournaments will have its release on all platforms, not just PC. It will be a part of a future update. To keep the wait shorter, there will be some upcoming competitive opportunities for players, with the information on that coming soon. How all this is going to work out, considering the game’s Steam player base numbers, remains to be seen.