Now that Chapter 3 in Fortnite has started, many new quests and other content is being added to the game. One of these new quests is a two-parter, and requires that you first “Receive Your Next Objective in Sanctuary or any Seven Outpost”, and then “Destroy and Collect Telescope Parts in a Single Match”. The first part isn’t that complicated, but the second one is where things get tricky. To complete this step, you need to find and destroy three telescopes and then pick up their parts – all in the span of a single match. To save you the time and effort you otherwise would have needed to spend running all around the map, our Destroy and Collect Telescope Parts Fortnite guide is here to tell you exactly where you should go to complete this. 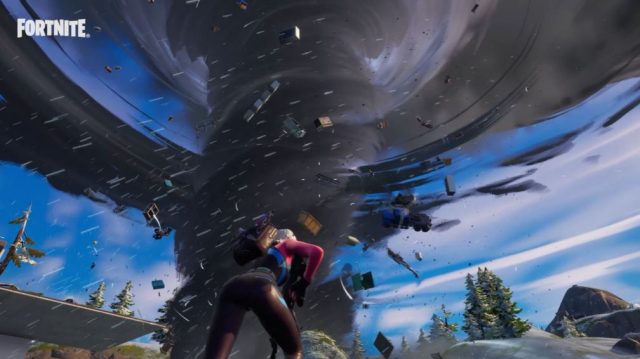 By completing this quest, you will earn 25,000 XP. The first portion of the quest requires that you visit the Sanctuary or Seven Outpost. These can be found at the following locations on the map: The Sanctuary, Logjam Lumberyard, Camp Cuddle, at the center of the island, Condo Canyon, north of The Daily Bugle, south from Greasy Grove, and on an island north of The Joneses. As we mentioned, this is the easy portion of the quest. Once you have done this, you will next need to locate three telescopes. When you have found one, approach it, and hit it to destroy it. Then, pick up the telescope parts left behind.

We’d like to thank Twitter user FN_Assist for their very helpful map which has marked every Seven Outpost and Telescope location on the Island. As you can see, the easiest way to do this quest is to immediately head over to the east side of the map as soon as the match starts. Go to the Seven Outpost there, and then make your way from that small island to the north one and then finally a ways west on the mainland and you will have gotten all three Telescope parts very quickly that way.

NEXT POSTGod of War System Requirements