Easter is just around the corner and many of our favourite games are getting ready to celebrate the holiday. The same goes for Fortnite. With the latest v20.10 update, Epic Games has introduced several old weapons back to the Battle Royale. One of them is the Egg Launcher. Also known as the Easter Egg Launcher, this Holiday-themed Explosive Weapon is now unvaulted. Here’s what you should know about Egg Launchers in Fortnite 2022. 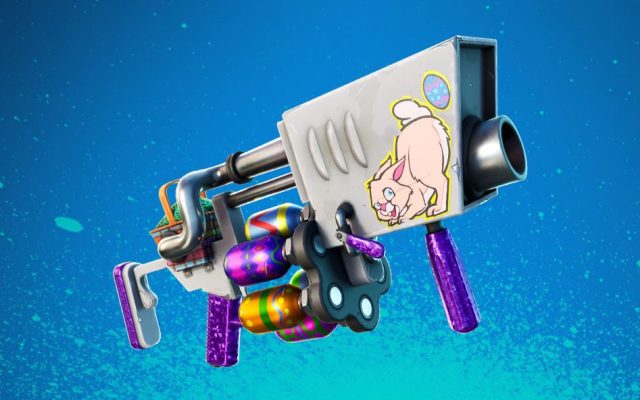 Where to find Egg Launcher in Fortnite Chapter 3 Season 2

As we’ve already mentioned, Egg Launchers are being unvaulted for a limited time during this festive season. They will probably only be available for a few weeks this April, so make sure to have fun with them before they are being vaulted again. Regarding where you can find them, Egg Launchers will be available as loot in chests and on the ground.

If this is your first encounter with the weapon, the Egg Launcher is essentially a modified version of the Grenade Launcher. It fires special eggs that explode and deal explosive damage. The new update also comes with a unique type of egg! You can consume Bouncy Eggs which will temporarily reduce gravity’s effect on you, meaning you’ll jump higher. They also have a Shield restoration effect.

It should be noted that both Egg Launchers and Bouncy Eggs are not included in competitive playlists. So, don’t worry, no one will bamboozle you while you are try-harding. Here are the Egg Launcher stats (in order uncommon – rare – epic – legendary):

Keep in mind that the Egg Launcher missiles are rather slow-moving. Once they deal initial damage, there will be no fallout damage, but the eggs will bounce a couple of times and lay on the ground before exploding. This makes them quite unpredictable. With that said, that’s all you need to know. Have fun blasting eggs!