New Fortnite leak reveals that Bella Poarch’s emotes could be coming in Chapter 2, Season 7. This leak suggest that TikTok sensation Bella Poarch will be added to Fortnite in the form of free emotes. These cosmetics will almost certainly be based on Bella’s dance moves from her latest Build a B*tch hit music video. Since Chapter 2, Season 6 is ending soon (though an official date still hasn’t been announced), Epic Games are no doubt looking at ways to boost the game’s popularity ahead of Chapter 2, Season 7. Getting the rights to use the likeness of one of the biggest social media influencers in the world seems like a no-brainer slam dunk. 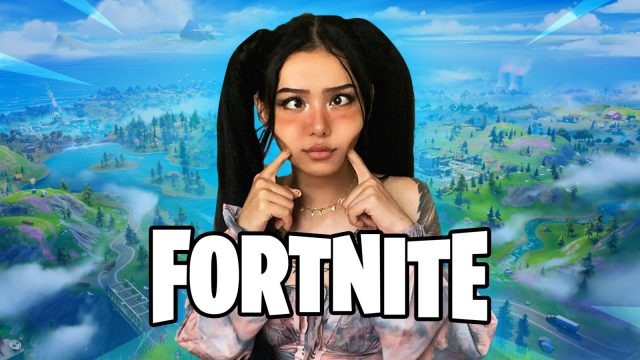 Since releasing her debut single “Build a B*tch” on May 14, 2021, Bella Poarch’s music video has garnered over 100 million views on YouTube. So when famed Fortnite data miner iFireMonkey discovered data strings in Fortnite’s 16.50 update called “Build Up I’m not built for you”, “Dance moves by Bella Poarch”, and “Something Went Wrong” – it was obvious that the next emote set will be centered around Bella Poarch and her music video.

Bella Poarch is the creator of the most liked video on TikTok and is currently one of the three most followed individuals there. If the leak is true, Bella Poarch is set to become the latest real-life celebrity to appear in Fortnite. She will join the ranks of such celebrities as rapper Travis Scott, sports star Neymar Jr, and streaming legend Ninja, just to name a few.

However, it has to be noted that – so far – there hasn’t been an official Epic Games announcement concerning a possible Fortnite collaboration with Bella Poarch. Fortnite Chapter 2, Season 7 hasn’t started yet, but since the Battle Pass for the current Season 6 is valid until June 7, 2021, we can expect to see the next chapter soon after that.