Fortnite is back to iOS devices! Well, sort of. While still not available via the Apple Store (from where it was banned back in August 2020), Fortnite fans who own iOS phones will now be able to play the popular battle royale via the Xbox Cloud Gaming service. Microsoft’s game streaming platform has added Fortnite in May 2022, which means that you can now play Fortnite on any device which supports cloud gaming. Here’s how to play Fortnite with Xbox Cloud Gaming on iOS & Android devices. 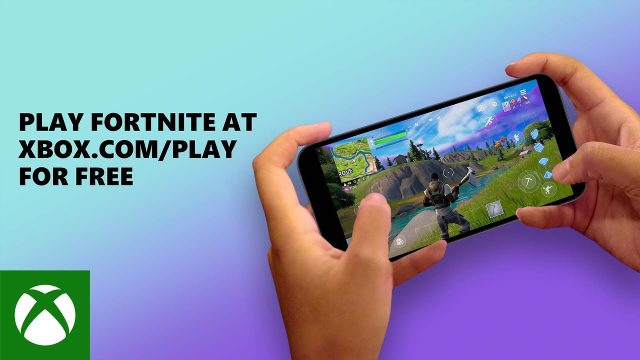 Almost two years have passed since the historic removal of Fortnite from iOS devices back in the summer of 2020. The ongoing lawsuit between Epic Games and Apple has prevented Fortnite fans around the globe to enjoy their favourite game on Apple’s phones. Well, not anymore, at least not directly. Thanks to Microsoft and their Xbox Cloud Gaming service, gamers can again experience the thrill of dropping to Fortnite Island on their iOS devices. And the best thing? It’s completely free!

There’s no need to install the game or to have paid membership. All you need is a valid Microsoft account and a supported browser-enabled device. Although, it should be noted that the feature is currently in beta testing, thus, it is only available in 26 countries at the moment. If you have a supported device and the service is available in your country, do as follows:

And that’s it, it’s that simple. You can play Fortnite this way just as you play the game regularly. Just make sure to have a stable and fast Internet connection, because game streaming requires it for the optimal experience.

NEXT POSTPrime Gaming Wild Rift Loot, How to Claim Rewards