Here are the PC system requirements for Gears of War 4, the upcoming third person cover based shooter. If you scroll down, you’ll see they can be quite terrifying. You will need a powerful PC to run it on the highest settings with 4K textures, but even the minimum and recommended rigs are nothing to scoff at. 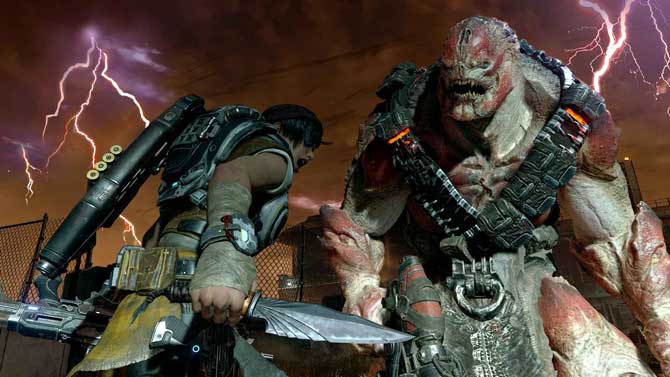 You will need Windows 10 with the Anniversary update installed to be able to run the game. If you don’t have it installed, check the Update and Security tab under Settings, and check for the latest Windows updates. If you are having problems, you can download it directly from Microsoft’s website – it’s a bit of a hassle, but it will definitely work.

Here are the system requirements:

Minimum system requirementsRecommended system requirementsIdeal system requirementsThe good thing here is that Gears of War 4 uses the Play Anywhere feature. If you buy one copy of the game, you will be able to play it on both Xbox One and Windows 10. Your game progress, purchases and achievements will be shared across both platforms. It also supports cross platform play, so you can play with your friends, no matter which platform they’re playing on.

Gears of War 4 will be released on October 11th for Xbox One and PC. If you get the ultimate edition, you will have a chance to play it four days early, on October 7th.