Gears of War 4 is part of Microsoft’s Xbox Play Anywhere initiative where if you buy the digital copy of the game on XBox One you can also play it on a Windows 10 PC. However, installing the game on your PC is not as straightforward and there are prerequisites that have to be met.
▼Article Continues Below▼
In this guide we’ll give you a step by step explanation on how to play GOW4 on your Windows 10 computer. 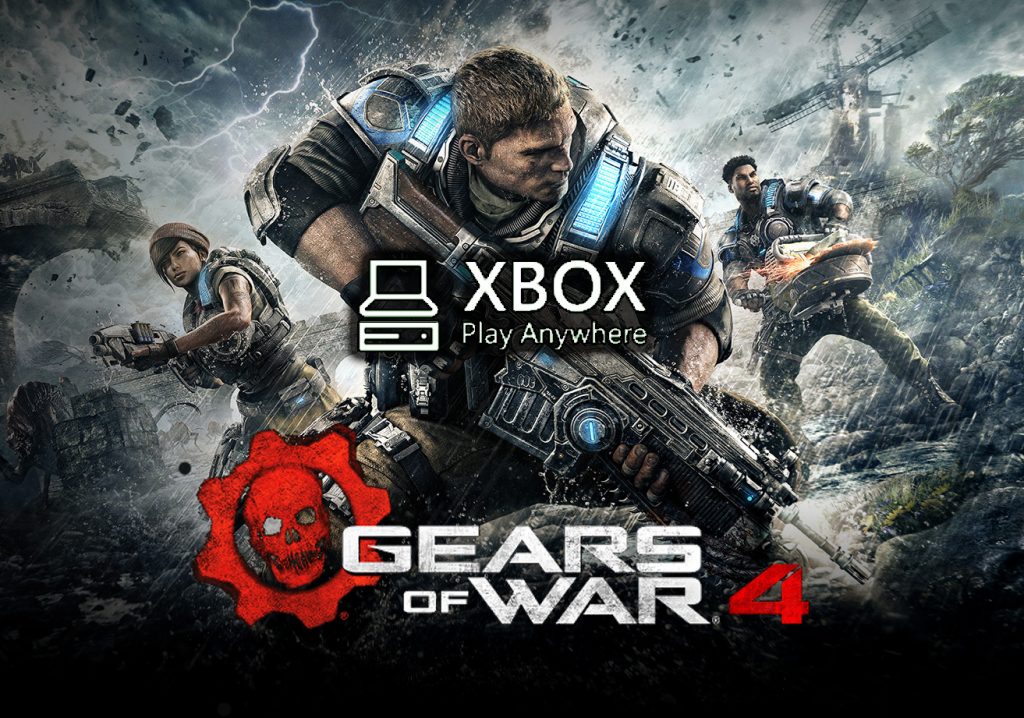 The first thing you’ll need to do is check whether Windows 10 is updated with the Anniversary update. To do so press Win+R, then type in winver and press enter. A window should pop up and if you see that the version of your windows is 1607 you are all set to go.

How to update to Windows 10 Anniversary to play GOW4

If you don’t have the update installed try Windows update first.Some people are reporting they do not see the Feature update to Windows 10, version 1607 in their Windows Update list. If you have this problem you might have upgraded from Windows 7 in the past 30 days or some other problem occurred. You can go to https://support.microsoft.com/en-us/help/12387/windows-10-update-history and click on the Get The Anniversary Update button. This will download an .exe file you should run and just follow the instructions to do the manual update.

Installing Gears of War 4 on Windows 10

Now that you have the anniversary update you can go to the Windows Store. You should see Gears of War 4 under the games tab or if you search for it in the store. If your Windows account and your XBox One accounts are the same and you purchased the game digitally on your XBox you should see an option to install the game on your PC. It is a hefty installation of 73+GB. If you still haven’t purchased the game you can do it inside the Windows Store.

If you purchase the game in the Windows Store on your PC you can play it on your XBox by doing the following:Here is a quick summary of what you need to be able to play the game on both the PC and your XBox and some important info:

NEXT POSTGone With The Windflare Achievement Guide | Gears of War 4