As has become customary, shortly before every new update to Genshin Impact, developer miHoYo will release a livestream dedicated to that new version of the game. This livestream will go into details about all the changes and additions we can expect to see in the update. Of course, Genshin Impact 2.4 is no different in this regard, and its livestream will also undoubtedly be full of all the exciting things we will soon get a chance to play through. Our Genshin Impact 2.4 Livestream Date & Time guide will tell you when this exclusive 2.4 livestream is set to begin. 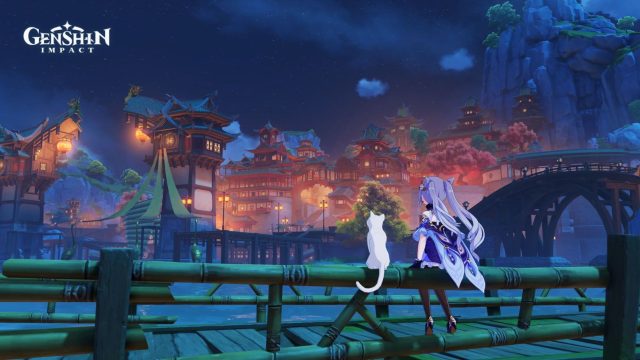 When Does the Genshin Impact 2.4 Livestream Begin

The full Genshin Impact 2.4 update will be out on January 4th or 5th, 2022, depending on the region where you live. Now, while this still hasn’t been officially confirmed by the developers, leakers have found that the 2.4 livestream will most likely occur on Sunday, December 26th, 2021. It’s expected that it will start at 7 am EST / 4 am PT / 12 pm GMT. You will be able to watch it at via the usual official channels – Twitch, YouTube, and Bilibili.

Since this is all unofficial as of yet, we still don’t know exactly what we will see in the livestream. However, several things have been confirmed. Two new characters – Shenhe and Yun Jin – will be part of Genshin Impact 2.4. Shenhe is a five star Cryo user who wields a Polearm, while Yun Jin is a four star Geo character that is likewise a Polearm wielder. A new area called Enkanomiya is also set to appear. This is an underground area that can be found directly below Inazuma, and it will have a unique Evernight and Whitenight alternating cycle. These are the biggest additions, but we can expect to see many more new things in the game when Genshin Impact 2.4 is released at the beginning of January 2022.

NEXT POSTHow to Escape the Depths Deepwoken