Genshin Impact 2.5 is set to release very soon. Like every Genshin Impact update so far, 2.5 will also add a whole bunch of new content and systems. This is one of the reasons why the game has remained so consistently popular. Of course, in order to update the game to the new version, a Maintenance period where the servers are going to be offline to players is also required. In this Genshin Impact 2.5 Release Time & Date, Maintenance Time guide, we’re going to tell you when exactly the new update is going to be out, as well as how long the scheduled maintenance is going to last. 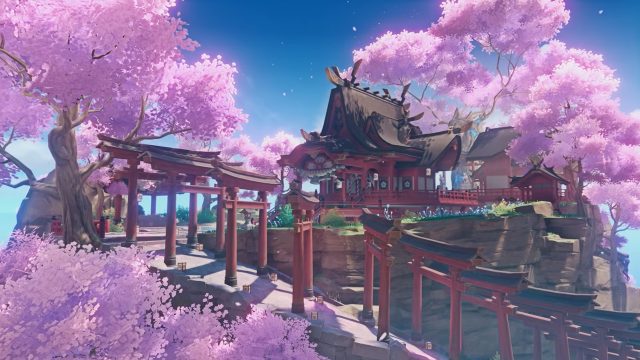 Genshin Impact 2.5 is scheduled to come out on the following dates, according to their specific timezones: February 15th, 2022, at 7:00 pm PST, February 15th, 2022, at 10:00 pm EST, and February 16th, 2022, at 04:00 am GMT. Among the many things which are going to be added in 2.5, one stands out in particular – Yae Miko. This new 5-star character is going to be an Electro-user and is going to wield a Catalyst weapon. The new weapons: Kagura’s Verity (5-Star Catalyst) and Oathsworn Eye (4-Star Catalyst) are no doubt going to be excellent additions to her arsenal.

According to Genshin Impact developer miHoYo’s blog post, the maintenance is scheduled to begin on February 16th, 2022, at 06:00 am (UTC+8). It is estimated that it will last for five hours. During that time, you won’t be able to log into the game, as servers will be down. To compensate players for this inconvenience, you will be awarded 60 Primogems for each hour of Maintenance Compensation. In total, this will come down to 300 Primogems for five hours of downtime. Of course, here at GosuNoob, we will be covering all the changes and new quests and issues that may arise in our Genshin Impact guides, so stay tuned for more upcoming content.