Ever since she was first introduced in Genshin Impact 2.0 update, Kamisato Ayaka has been one of the best and most popular Cryo characters in Genshin Impact. Recently, this Frostflake Heron has received a Rerun Banner, allowing players that missed her the first time around to get her. Because of this, many are wondering what is the best 4 star weapon for Ayaka in Genshin Impact 2.6. In this guide, we are going to explain our pick for the Ayaka best sword and overall build. 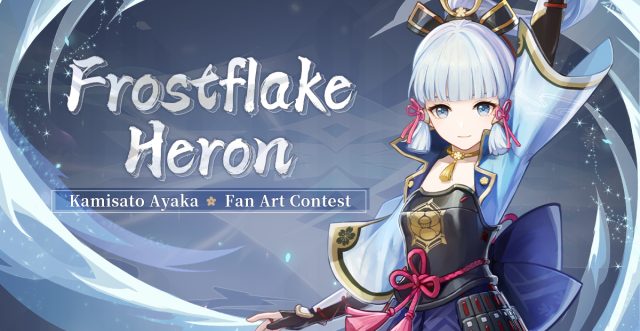 Now that the Ayaka Rerun Banner has started, let’s see what are some of the best 4 star weapon choices for Ayaka. Since Ayaka excels at dealing AoE Cryo damage, her weapon needs to accentuate that. As such, the Amenoma Kageuchi is an excellent choice here. You can get its forging recipe from “The Farmer’s Treasure” quest, and then forge it with the following materials: x1 Northlander Sword Billet, x50 Amethyst Lump, x50, White Iron Chunk, and 500 Mora. When wielding this sword and using an elemental skill, you will gain a Succession Seed.

The Black Sword is another great 4-star weapon for Kamisato Ayaka. You can get it from Battle Pass. This sword increases DMG dealt by Normal and Charged Attacks, making it a great fit for her fighting style. Of course, while it isn’t a 4-star weapon but a 5-star one, the best sword for Ayaka is the Mistsplitter Reforged. This fearsome weapon boosts elemental damage, which means that Ayaka will be able to take out your enemies even more efficiently. With Ayaka’s Rerun Banner, the Mistsplitter Reforged is now also available in Weapon Event Wishes form.