One of the weekly missions for the battle pass in Genshin Impact is to defeat elite enemies. You need to find and destroy ten of these, and while the fights themselves won’t be much of a problem, a lot of folks are having issues finding them. If you’re having trouble locating the bad guys you’re supposed to deal with for this weekly mission, our Genshin Impact elite opponents battle pass guide will show you where to look.

Elite enemies are mostly bosses – the enemies who have their own icons on the map. If you’ve already exhausted the ones you can see on the map, there’s a neat way of finding more. Open up your adventure log book, and click on the bosses bookmark on the left. Scrolls down the list until you find one you want to fight, then select it and click the navigate button in the lower right corner. This will mark the enemy on the map, and guide you towards them. 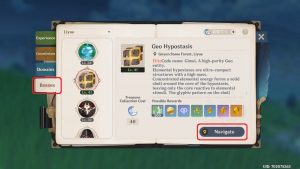 The best part about this method is that it’ll also give you some info about the enemy, its behavior, strengths and weaknesses, so you can go into the fight prepared. Knowing which characters to take, what kind of weapons, powers and potions to prepare, can mean the difference between winning and losing.

These challenges are the best way to get your battle pass rank up, and they’re generally not too difficult – although they can sometimes be tedious. Sometimes they’re hard, too – like this week’s Wolf of The North challenge, which requires you to track down and defeat a particularly nasty boss. There is more than enough time to experiment and learn how to beat him through trial and error, but it’s still a hairy situation.