Genshin Impact 3.4 is finally out. As is customary, this latest update has added many new things into the game, making it an even better and larger gaming experience. Of course, one of these additions is a new Domain, called Fane of Panjvahe. Though, to be able to access it, you will first need to solve a tricky Weathered Obelisk puzzle. To help you do this as quickly as possible, we have the solution for the Fane of Panjvahe Weathered Obelisk Puzzle in Genshin Impact right here. 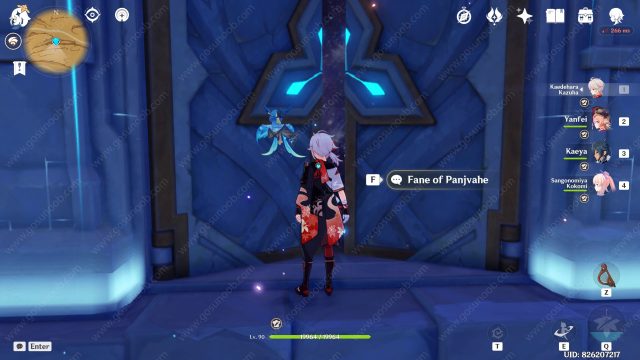 How to Unlock Fane of Panjvahe Domain Genshin Impact 3.4

To start with, the first thing you need to do is to teleport to The Sands of Three Canals eastern waypoint. Once you have done that, make your way northeast. You will soon come across the Domain itself. In front of it, you will see a Seelie next to six stones – three big ones with three smaller ones right behind them. Approach it and the Seelie will begin to move from stone to stone. When it comes to a big stone, it will change the symbol on it. What you need to do is to approach each big rock and hit it with your weapon until the symbol on it matches the symbol on the smaller rock behind it.

After you have done this for all three rocks, the Seelie will float away and activate a device next to the Domain entrance. The next step requires you to go a short distance west. There, you’re going to see that the Seelie has activated an enemy. Defeat this enemy and head back to the Domain entrance. The Fane of Panjvahe Domain will now open up, and you are free to head inside and explore it whenever you want.