Genshin Impact just got a big Sumeru update and with a lot of new content has become available along with the Four-Leaf sigils. Four leaf sigils are a new mechanic of the game. They help you traverse the new land with ease. They also make you feel like you’re Spiderman in Genshin Impact. People also refer to them as four leaf flowers. You’ll need to know how to use the sigil very early on. As soon as you start the new quest for entering the new zone the game will try and teach you how to use the four-leaf sigils. In case you clicked through the game explanation prompts, like we did, here’s a quick explanation on how to use four-leaf sigils in Genshin Impact 3.0. 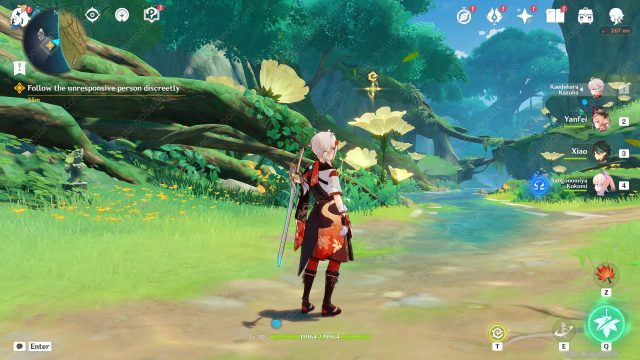 How to Use the Four-Leaf Sigil in Genshin Impact 3.0?

To use the four leaf sigil in Genshin Impact your character needs to face it directly, without obstacles in between. You then have to press T on your keyboard to activate it. When playing on mobile tap the button that lights up in the bottom of the screen. There’s more to it though. If there are no four leaf flowers up in the air and you know you should be going upwards you need to look for Clusterleaves of Cultivation. These are special flowers on the ground. You need to attack that flower with Dendro. Dendro is the new element in the game that was introduced with Genshin Impact 3.0. Dendro element characters are new and haven’t been part of the game before. Put the new character into your roster and then attack the flower with its Dendro attack. This will spawn new four-leaf sigils in the air. 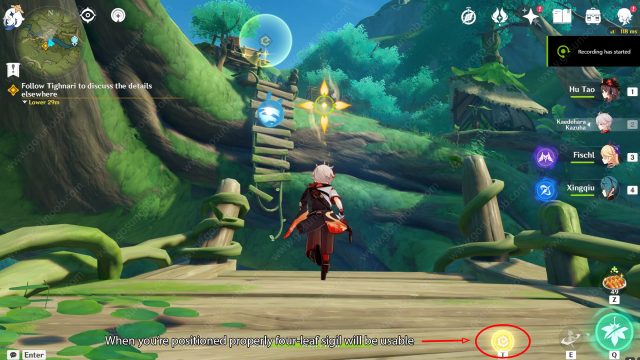 Genshin Impact 3.0 update introduced a number of new mechanics, like the mushroom jumping, stamina restoring plants and seed mirrors. Four leaf sigils are the most fun though. They help game traversal immensely and in a fun way. Just make sure you don’t forget about Clusterleaves of Cultivation flowers and activating them with Dendro if you’re stuck.

PREVIOUS POSTHow to Get Collei for Free Genshin Impact