Not sure how to get your free Collei during the Graven Innocence event? We’ve got you covered! The Genshin Impact 3.0 update has just landed, bringing with it a whole new land of Sumeru to explore. The new region also introduces a new element, Dendro. For now, there are two playable Dendro characters, Tighnari, a Forest Watcher from Sumeru, and Collei, who is a trainee ranger from Avidya Forest. And during the version 3.0 event, Graven Innocence, players will get a chance to add this 4-star Dendro archer to their party for free! Read on to learn how to unlock Collei for free. 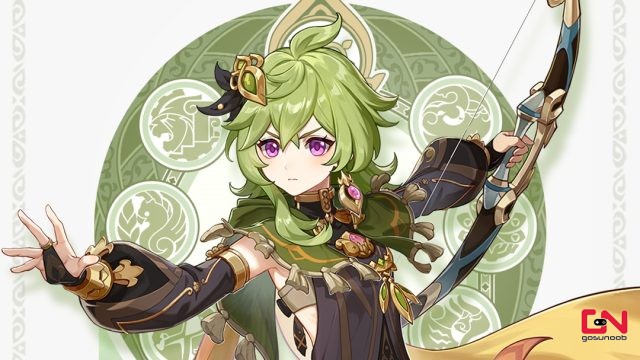 How to Get Collei for Free in Genshin Impact

Collei is one of the two Dendro characters added at the launch of the Genshin Impact 3.0 update. However, many fans already know her from the Genshin Impact manga. There, she is one of the main protagonists. This new 4-star Dendro archer can be obtained completely for free. Players can receive an invitation to add the 4-star character Collei to their party during the Graven Innocence event. Here’s what you need to do.

First off, to even participate in the Graven Innocence event, you need to be at least Adventure Rank 20 or above. Second, you need to complete “The Trail of the God of Wisdom” Archon quest. This is the fifth part of the “Through Mists of Smoke and Forests Dark” Act 1 in Chapter III of the Archon Quests. To complete this quest, you need to go to Sumeru City and visit Rohawi. From there, just follow the instructions, it should be rather easy.

Once you complete this quest, all that has left for you to do is to complete the Unappreciated Carving World Quest. That’s the Story part of Graven Innocence Event that unlocks all the other gameplay modes. We don’t want to spoil all the details here, but it should take you around an hour to complete everything. And when you are done, you will get to add Collei for free to your roster of characters!