Shikanoin Heizou is a new playable character that has been added to Genshin Impact along with its 2.8 update. He is a 4-star Catalyst-wielding Anemo user, known for being a very successful detective who works for the Tenryou Commission. There are many interesting things about him, but in this guide, we are going to focus on one aspect of him – his cooking. Specifically, his signature special dish, “The Only Truth”. We are going to show you how the Genshin Impact’s Heizou Special Dish recipe, where to obtain it, as well as how to cook it. Let’s jump right into it. 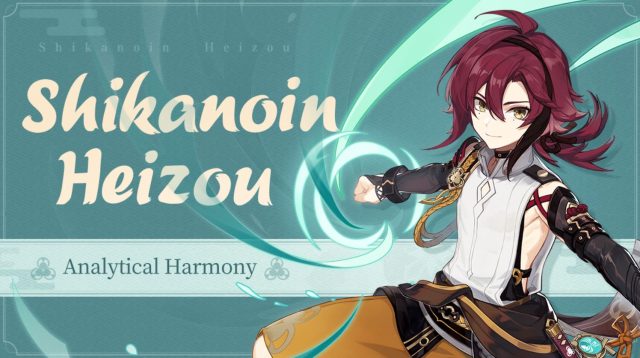 Heizou’s Special Dish is called “The Only Truth”. You have a chance to get it when Shikanoin Heizou (and only he) cooks a Katsu Sandwich. So, the first step here is to find the recipe for the Katsu Sandwich itself. You can do this by going to Ryoko’s street food stall in Ritou (Narukami Island, Inazuma) and purchasing it there. The recipe costs 2,500 Mora, but once you have obtained it, you will then be able to make as many Katsu Sandwiches (and, if luck is on your side, The Only Truth) as you want. The ingredients required to make one of these (and The Only Truth as well) are: x3 Flour, x2 Raw Meat, and x1 Cabbage. Before you start cooking, make sure that you have selected Shikanoin Heizou as the cook.

Like every other Special Dish, The Only Truth functions like an upgraded version of its base dish. The Katsu Sandwich raises all party members’ ATK by 81 for 300 seconds, while The Only Truth raises their ATK by 114 for 300 seconds. And that’s how you make Heizou’s Special Dish in Genshin Impact. We’re sure that you’re going to have a lot of fun both cooking this dish, as well as making use of its increased ATK to prevail in battle.