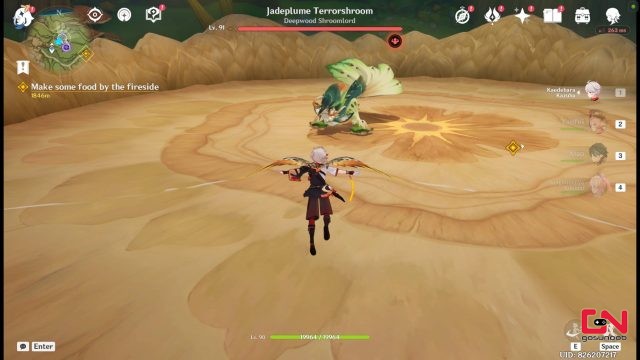 How to get to the Jadeplume Terrorshroom location in Genshin Impact 3.0?