With Genshin Impact 3.0 we got a bunch of new content and among the more interesting things are an underwater teleport waypoint in Sumeru Vissudha Field and a nearby domain called Fragment of Childhood Dreams. Domain is under the mountain and can’t be reached by conventional means. Sumeru waypoint teleport is also unreachable since it’s underwater. It is a proper puzzle how to reach both of these. Another thing connecting them is that you can’t get to the domain without first solving the underwater waypoint puzzle. We’ll try to explain how to solve the Sumeru underwater teleport waypoint puzzle and unlock the road to Fragment of Childhood Dreams domain in Genshin Impact 3.0. 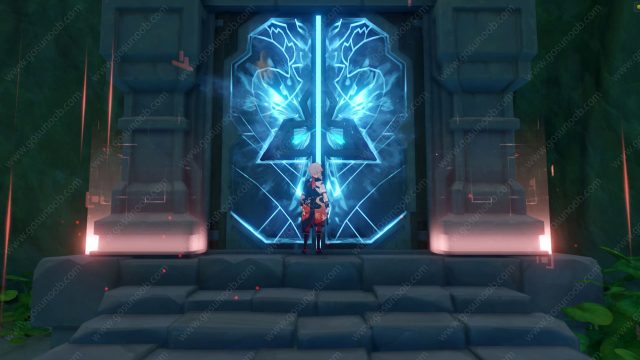 Sumeru underwater teleport waypoint is located directly west of Sumeru City and the Statue of the Seven in Vissudha Field. Before you are able to reach Fragment of Childhood Dreams domain you must solve this. You’ll see a water filled chasm and see the icon showing there’s a waypoint there, but you can’t dive down to it. There’s a mechanism you need to activate first. As you first glide into the chasm you should see a small waterfall bellow you. Above the waterfall is a ledge containing the first cube mechanism with a seelie above it. Next to it are two ruin sentinels. Once you defeat them the cube mechanism can be interacted with. Afterwards, follow the seelie across the water and into the cave. You can consume stamina flowers you’ll see along the way so you can keep swimming after the seelie. 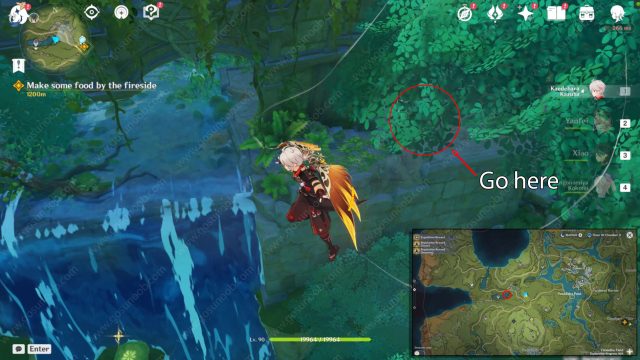 Once inside the cave destroy the rock encased in vines with a Dendro character. This will reveal a Dendrograna. You have to destroy special Dendro rocks and activate totems and to do so you must use a charged attack while having the Dendrograna buff. If using a bow character you must use the charged aimed shot. You need to activate four Dendro totems. First is next to where the seelie ended its journey inside a rock. Break the rock first with a charged attack and then activate the totem. Go back to the Dendrograma and climb up to the east. You should see another totem in an alcove. Go back west and you should see a Dendro destroyable rock. It is basically to the north and above the Dendrograna. 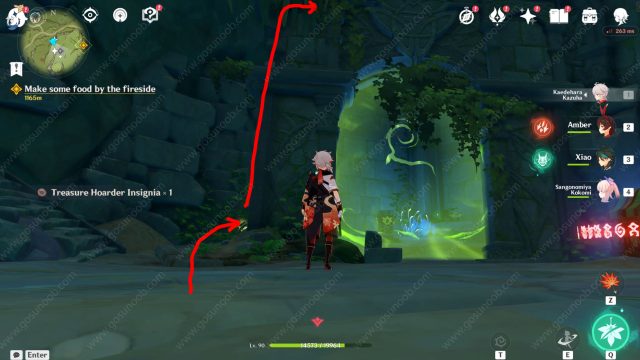 Last Dendro totem is behind an energy field and with no apparent way to circumvent it. You need to go to the left of the energy barrier and climb the left wall of the chamber with the totem. There’s a four-leaf sigil you can use to get up fast. There is no roof so you can just drop inside the room and then activate the totem. This will lower the barrier. Now go back to the cube mechanism that should now be unlocked. You’re now on your way to the Fragment of Childhood Dreams domain.

How To Unlock Fragment Of Childhood Dreams Domain In Genshin Impact 3.0?

When you interacted with the previous cube mechanism, after solving the totem puzzle, the water level dropped completely. You can now glide down to the chasm floor where several ruin sentinels await. After defeating them you’ll be able to interact with the last cube mechanism. This unlocks the stone door to a tunnel. Keep following it until you reach a big chasm. 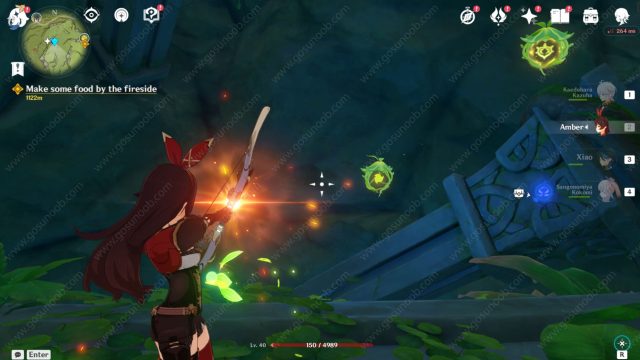 Glide slowly into it and you should see the domain entrance to your left. Glide down to it and you’ll see a Dendrograna. Use the buff and shoot the flying green Dendro object directly across from domain entrance. It will spawn another flying sigil. You need to hit this one as it moves. It pauses briefly at the end of the pillar. This is the best point to shoot it. Once you hit it with a Dendro Aimed shot you’ll gain access to the Fragment of Childhood Dreams domain. If you couldn’t follow the textual description and screenshots we recommend you watch our video guide embedded above.