“The Other Side of Isle and Sea” is a new Genshin Impact quest in which you look for other Genshin murals all over the Golden Apple Archipelago. This quest will take you to every island in this newly-added Gesnhin Impact 1.6 area, so you will be required to take a photo of the Nameless Islet Mural, and every other island mural as well. To save you the time and effort you would otherwise spend searching every nook and cranny, we’ve compiled this Look For Other Murals Genshin Impact The Other Side of Isle and Sea guide. We will let you know exactly where all five murals are located, as well as what to do once you’ve found them. 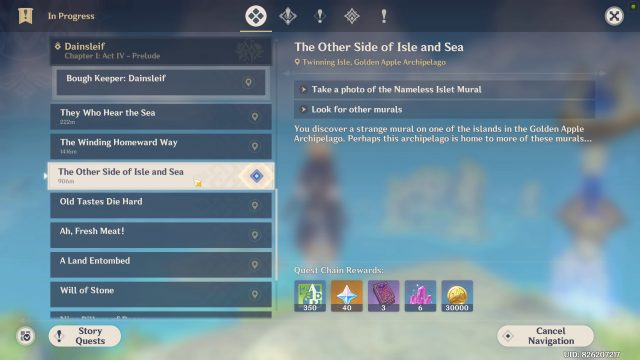 Take a Photo Of The Nameless Islet Mural Genshin Impact 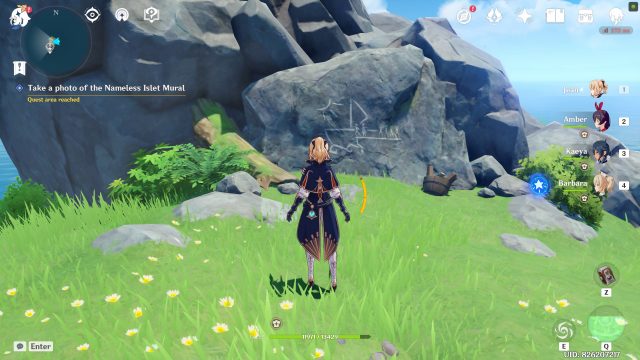 This “The Other Side of Isle and Sea” quest begins when you have found your first mural. The order in which you find these doesn’t matter, so let’s start with the one on Nameless Island. You can go to this island by sailing there from Twinning Isle. You will need to do this from 10am to 14pm, otherwise this small island is covered in mist. When you get here, you will see the mural is clearly painted on a large rockside. Approach the mural, observe it and then take a picture of it. Use the in-game photo mode for this, and not the Kamera gadget.

Take a Photo Of The Broken Isle Mural Genshin Impact

On Broken Isle, you will come across a painted ground minigame location. Use your Harpastum gadget and bounce it back and forth between your character and the wall. Do this several times in a row until the wall breaks. Enter the cave and dispose of the monsters inside. You will see that the mural is to the right of the cave’s entrance. Again, observe the mural and take its picture.

Take a Photo Of The Minacious Isle Mural Genshin Impact 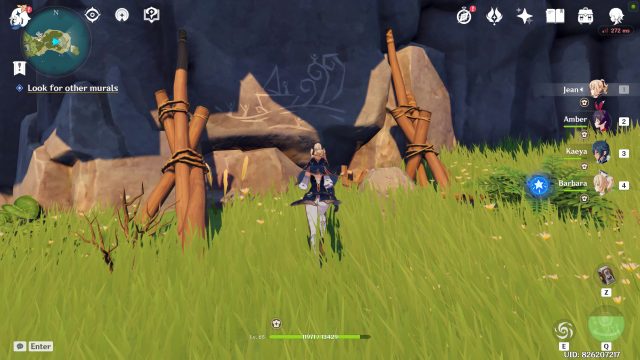 Take a Photo Of The Twinning Isle Mural Genshin Impact 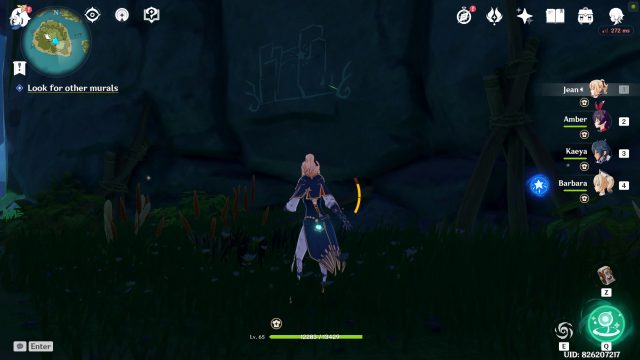 This mural can be found on the southern part of Twinning Isle. There is a tunnel in the giant rock and this is where the Twinning Isle Mural is located. You know the drill by now – observe this mural and then photograph it.

Take a Photo Of The Nameless Island Mural Genshin Impact 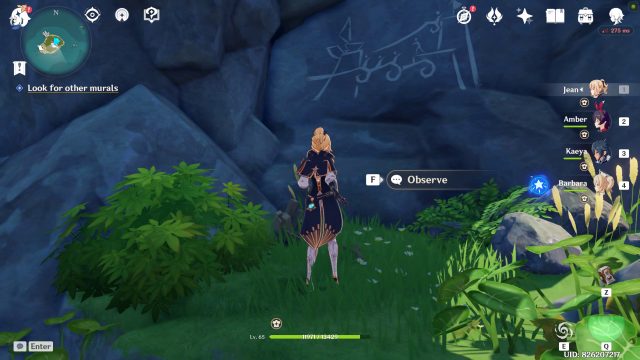 This island is directly west from the Twinning Isle. The Nameless Island Mural is on its northern side, close to the beach. This is the final mural. So, observe and take its picture.

Now that you have all the murals, the final step of this quest is to find a researcher who can help you make sense of them. This researcher is Sayid, and you can fin him in the Knights of Favonius library in Mondstadt. Go there (here is a guide on how to leave the Golden Apple Archipelago if you are unsure how to do this) and talk to him. That completes the quest. Thank you for reading our Look For Other Murals Genshin Impact The Other Side of Isle and Sea guide.