Pyro Regisvine is an elite boss in Genshin Impact. It’s a giant, fiery flower that drops Pyro character ascension materials upon defeat, so you’ll have to face it quite a few times. It’s a tough opponent, but you can take it down relatively easily with the right team. If you’re wondering where to find or how to defeat this boss, our Genshin Impact Pyro Regisvine location guide will show you.

Where to find Pyro Regisvine?

There’s only one location where the Pyro Regisvine appears. It’s in Liyue, on the hill between Tianqiu Valley and Luhua Pool. There’s a large cavern there that you can drop down into, and the boss will be waiting for you in the middle of it. Once you’ve beaten it, you’ll need 40 original resin in order to claim the rewards, so make sure you go into the fight with enough of those. 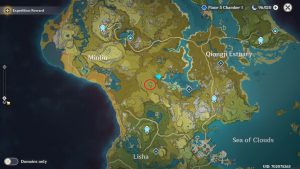 As for the fight itself, party composition is key here. You’ll want good hydro and electro characters, in order to trigger vaporize and overcharge, which will maximize your damage output. Having a geo character who can trigger crystalize could help you survive the fight, too – just use it from time to time to generate the crystals that protect you from pyro damage. A flame resistance potion won’t hurt either, but the attacks are relatively easy to dodge.

There’s a crystal on the back of the plant, near the bottom. Destroying it will stun the Pyro Regisvine, allowing you several seconds of free damage. After you’ve destroyed it, it’ll take some time to reappear, so be on the lookout for it.

Once you’ve beaten the boss, you’ll use the resin to claim the rewards, which will always include an Everflame Seed. If you need more than what you get, you’ll have to wait a while for the boss to respawn.

NEXT POSTUpdate Among Us on Android, iPhone, Steam