The Starconch is one of the many items that you can collect in Genshin Impact. Like many other materials, Starconches can only be found in specific locations. These Starconches are primarily used as Ascension Materials for a certain character, meaning that you will need to farm quite a lot of them to fully Ascend that character. To help you farm these as quickly and as efficiently as possible, our Starconch Locations Genshin Impact guide will tell you exactly where you need to look for them. 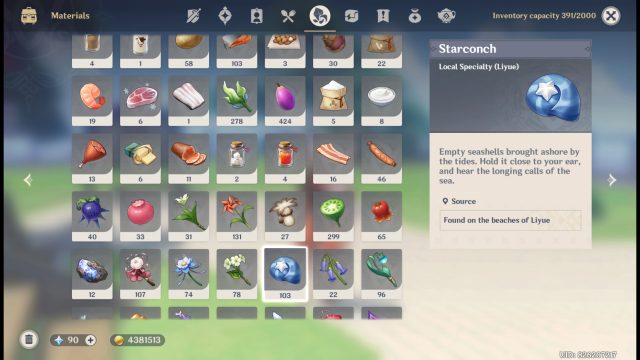 The description for this material gives us a clue about where we need to look for them: “Empty seashells brought ashore by the tides. Hold it close to your ear, and hear the longing calls of the sea.” Specifically, you can find them on the beaches near Liyue. In total, there are 75 Starconch you can get here. We’ve marked their locations on the maps down below. Besides this way, you can also purchase them for 1,000 Mora at the Bolai at Wanyou Boutique in Liyue Harbor.

What Are Starconches Used For in Genshin Impact?

Starconches are used as an Ascension Material for Tartaglia. Currently, this 5 star Bow-wielding Hydro character is available on the Farewell of Snezhnaya rerun banner. This banner will last from October 13th 2021 to November 2nd 2021. If you want to fully Ascend him, here is a complete list of the necessary materials: